The Provence region is in the southeast corner of France, sandwiched between the Alps the Mediterranean Sea. People have inhabited this area since Neolithic times. (Those famous cave paintings of the colorful horses are here.) Conquering Romans left their mark with aqueducts that are still standing more than a thousand years later. Crusaders also passed through leaving their legacy of monasteries and churches. Provence was an independent state until Louis XI wrested control from Good King Rene in 1486 and incorporated the region into greater France. 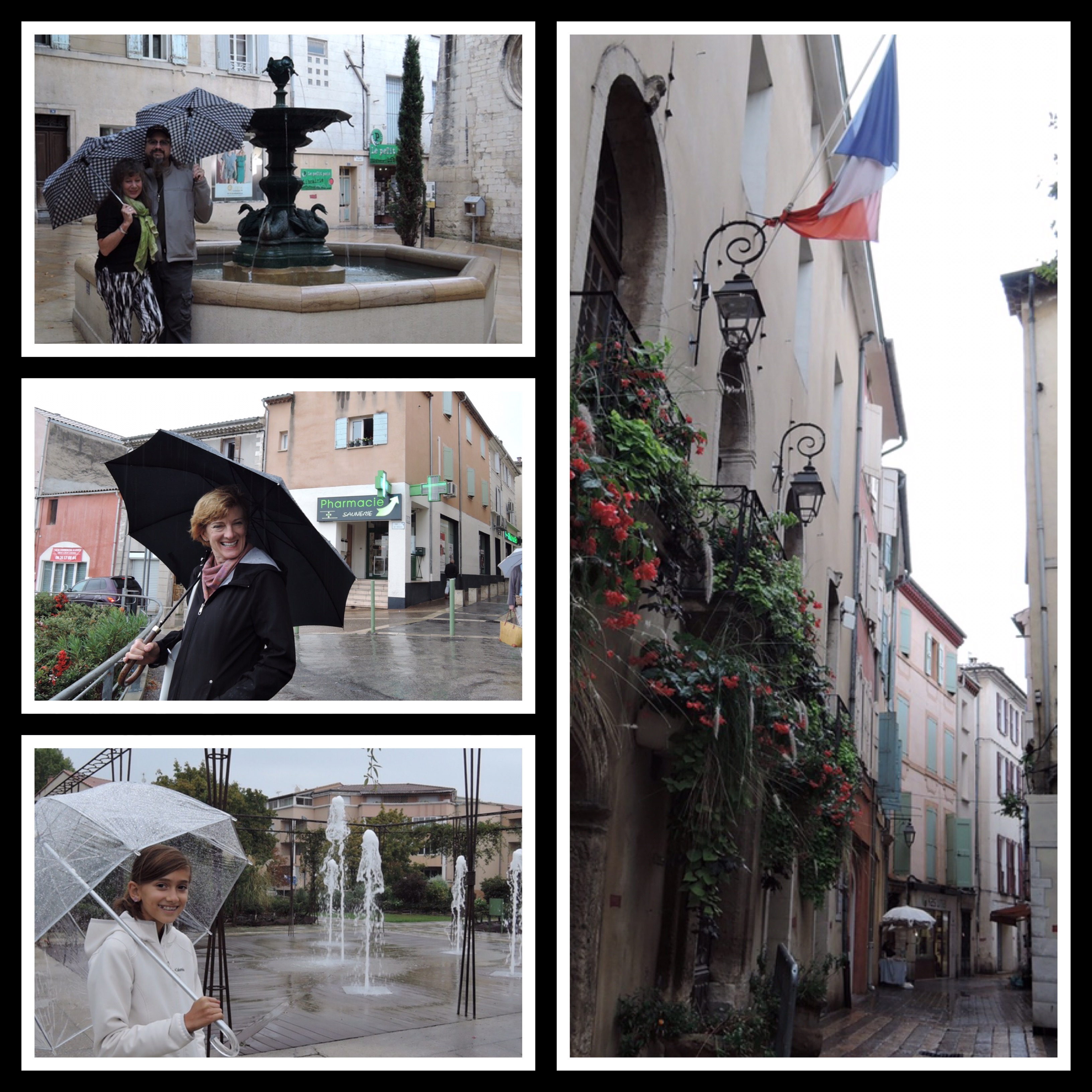 In the 1780’s, after the British finished punking on Americans they harassed Napoleon next. Provence welcomed the Brits because they hated Bonaparte and a counter-revolutionary movement took form here. Admiral Horatio Nelson blockaded the harbors and when Napoleon escaped from his prison in Elba, he detoured around the hostile cities of Provence. Even today the region maintains its fierce independent mind-set. They are the Texans of France. 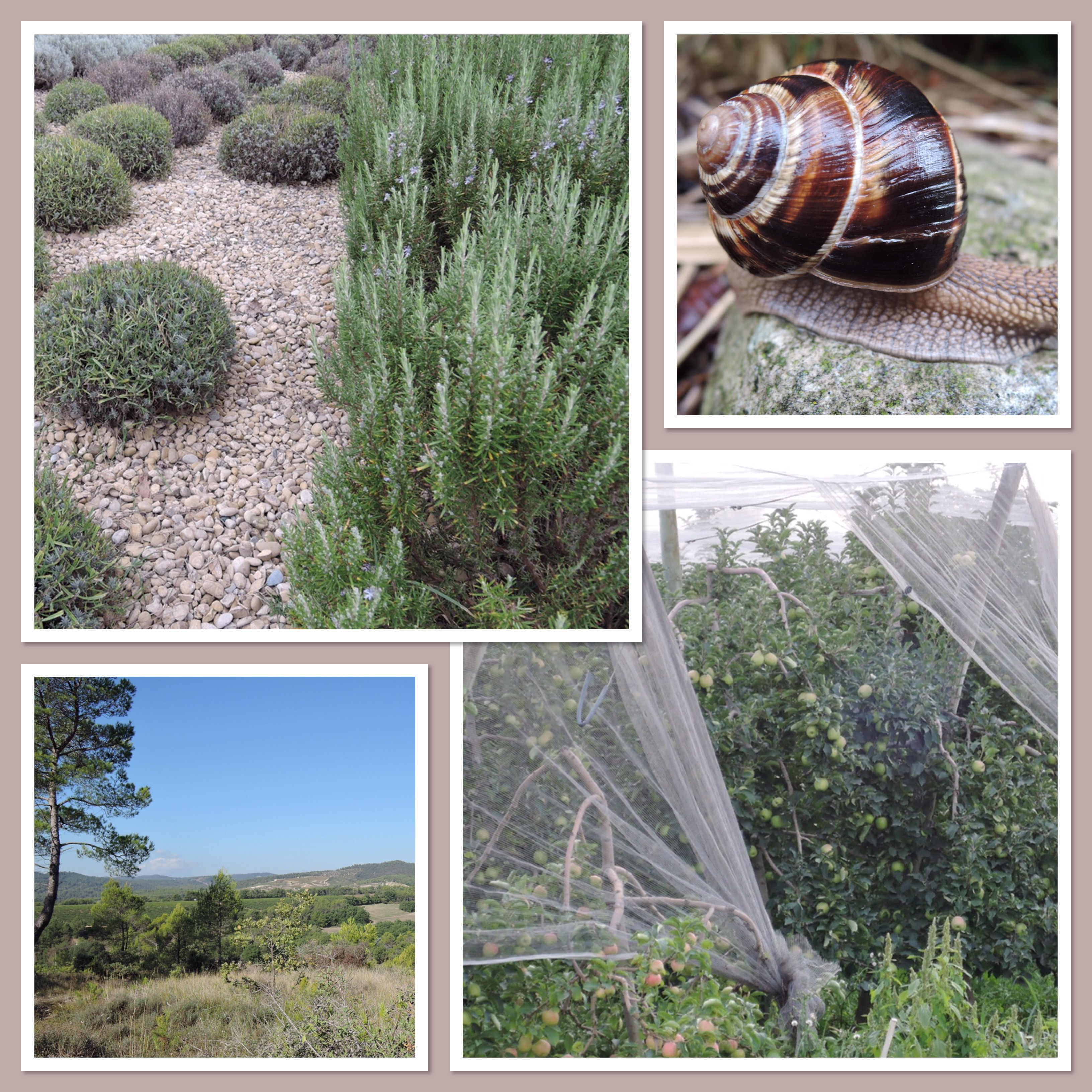 Provence is mostly rural. There are farms and vineyards threaded throughout the rocky hillsides. And of course the famous lavender fields. L’Occitane is a world renown beauty product maker, distilling only locally grown lavender and herbs. We took a tour of the factory and tried hard to understand the presentation given in French. Then we went on a spree in their store which was much easier. Shopping is the universal language. 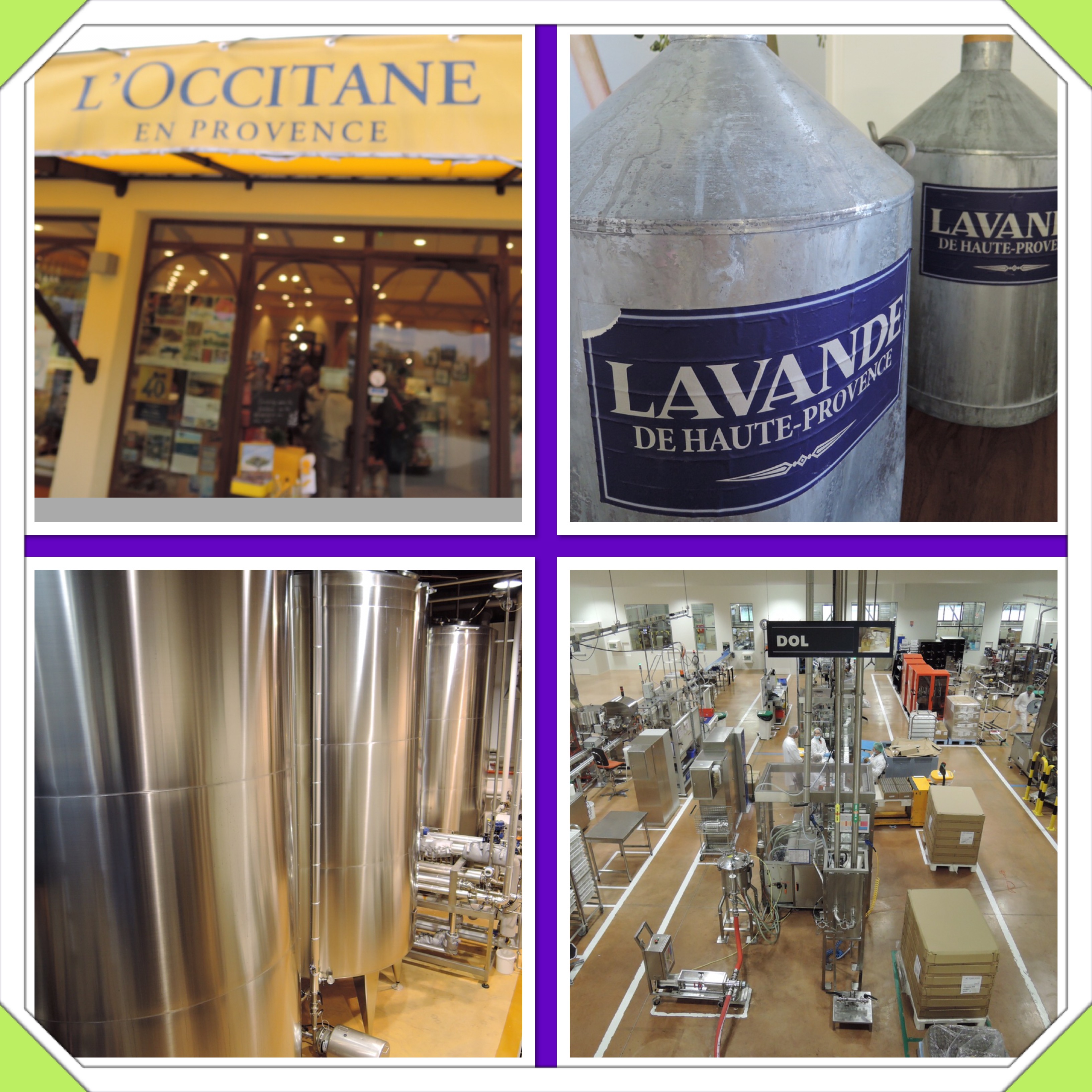 This area is really proud of their organic farms, and rightly so. Labels on items at the grocery store actually list which farmer produced the meat, cheese, or vegetable. 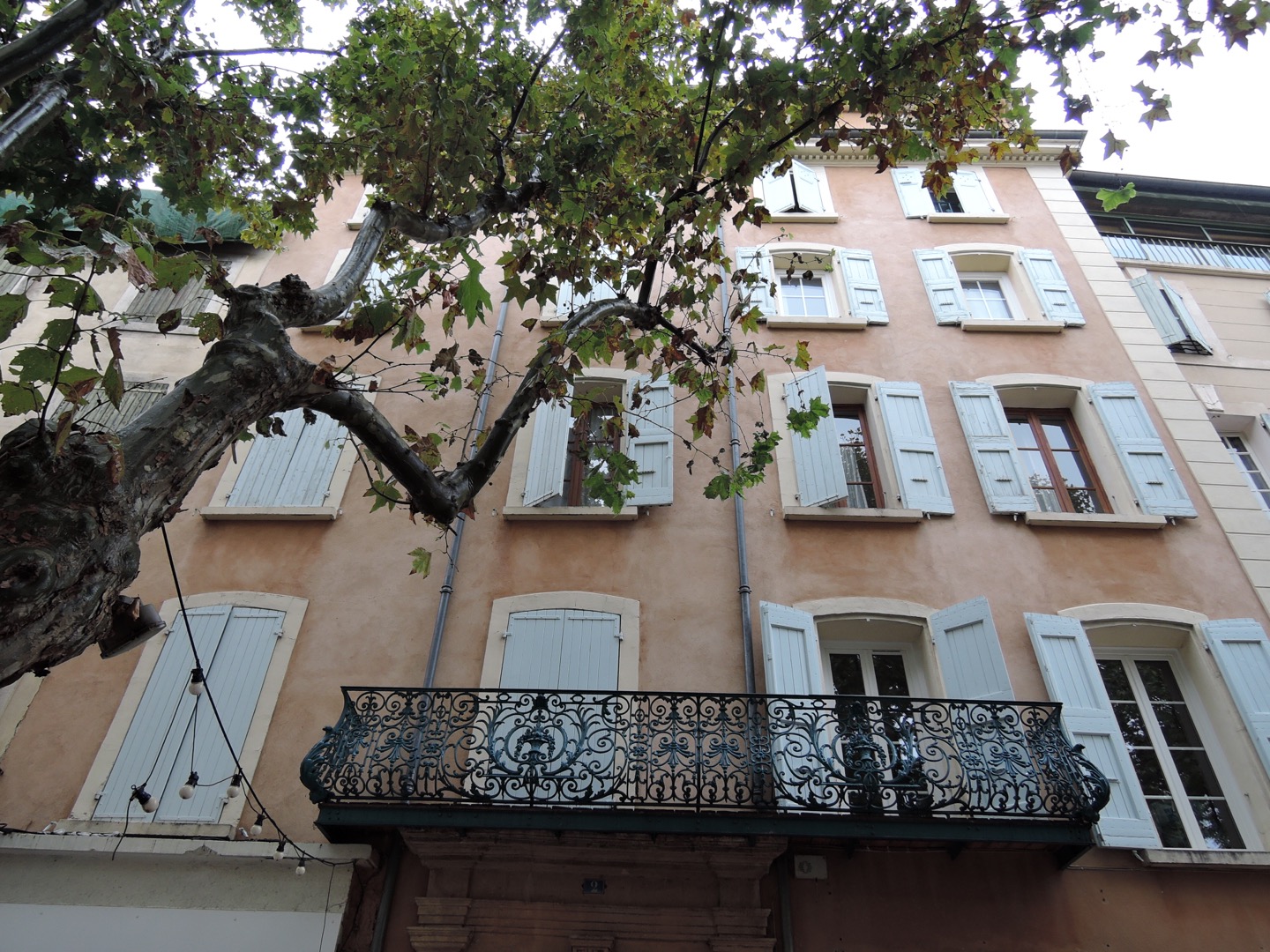 This is also the home of the design style and architecture we know as French Provincial. 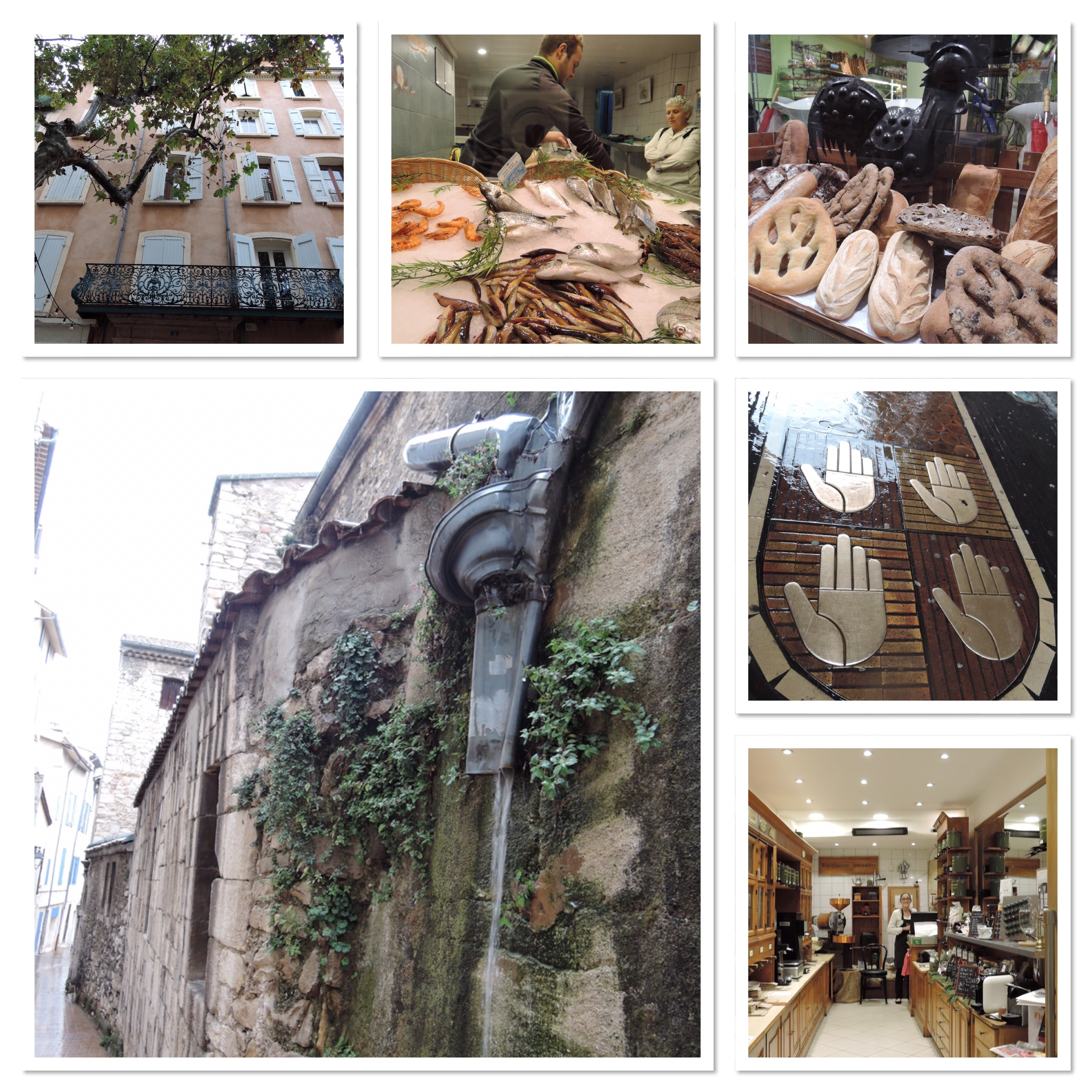 The charming city of Manosque is nearby, and we strolled the shops along picturesque alleys and visited the farmer’s market brimming with sumptuous looking produce. 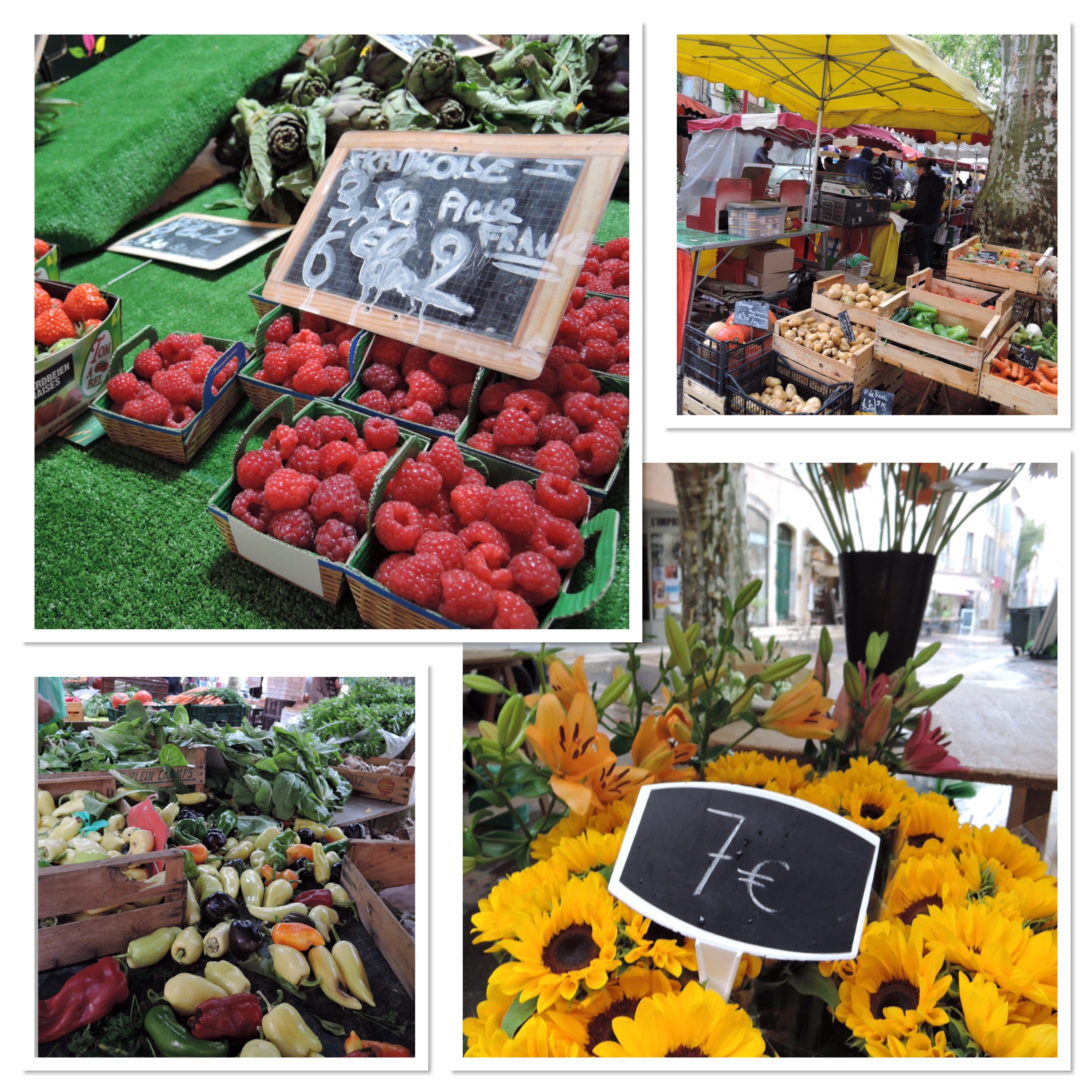 I bought a couple of postcards and struggled to come up with the right change in euro coins. “Encore,” the shopkeeper said helpfully, meaning I was a bit shy on the amount. I pulled out an American quarter and he pocketed it with a grin.