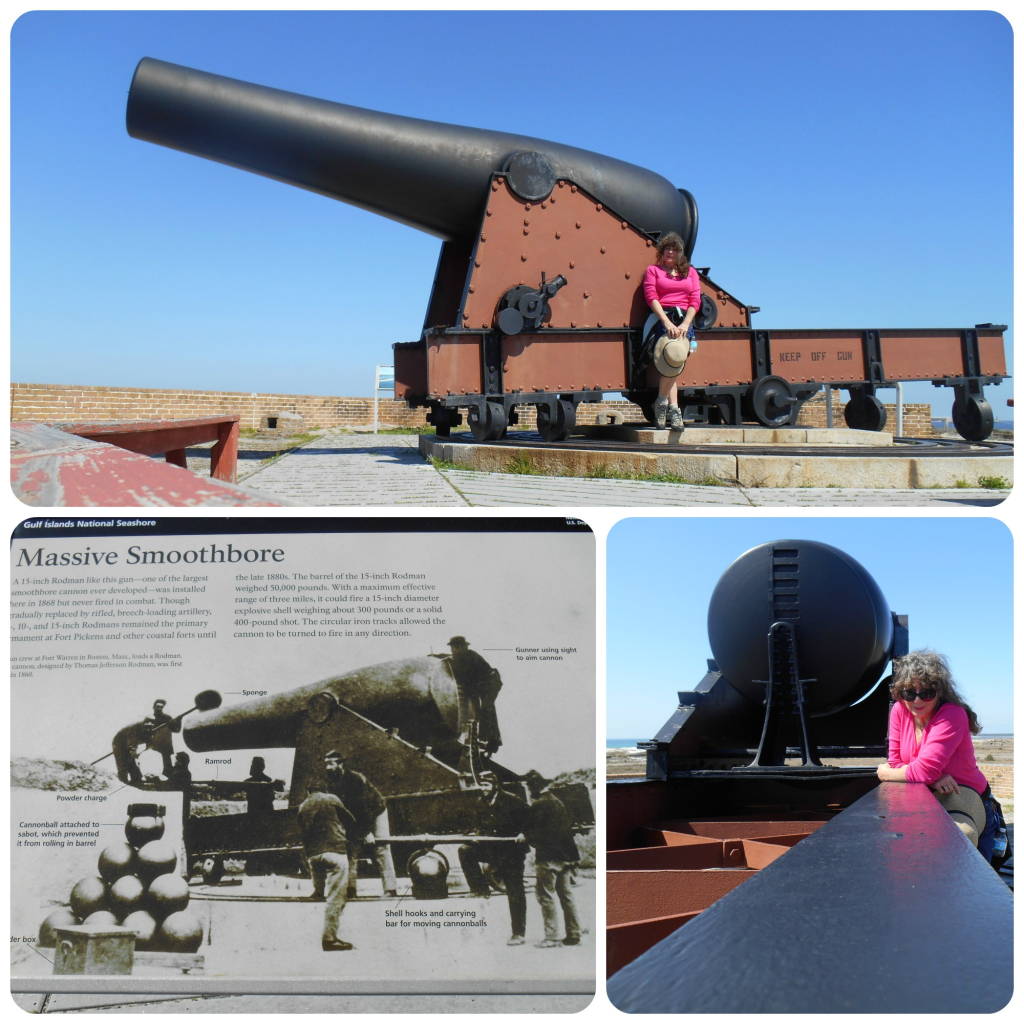 A sandy trail from the campground winds through pine brackens and across a backwater marsh. It’s an easy 20 minute walk to Fort Pickens historical site. The ruins of this old army fort are open for visitors, and I had a good stroll around today.

Fort Pickens was one of several barrier island forts built in 1829 for defense of New Orleans, should the British ever come a’knocking again. It was constructed of umpteen million bricks, locally made, and was built by slave labor under direction of the army. The walls are 4 feet thick with brick and are formed in a series of archways. Why bother with arches, you might ask? Because only an arched structure could carry the weight of the huge cannons on top.

The interior of the fort is a series of chambers and underground magazine vaults where black powder was stored. At one point a fire roared through the fort, ignited the black powder, and detonated the west wing into dust. Shards of brick from the explosion were found three miles away on the other side of Pensacola Bay. That’s a big boom! 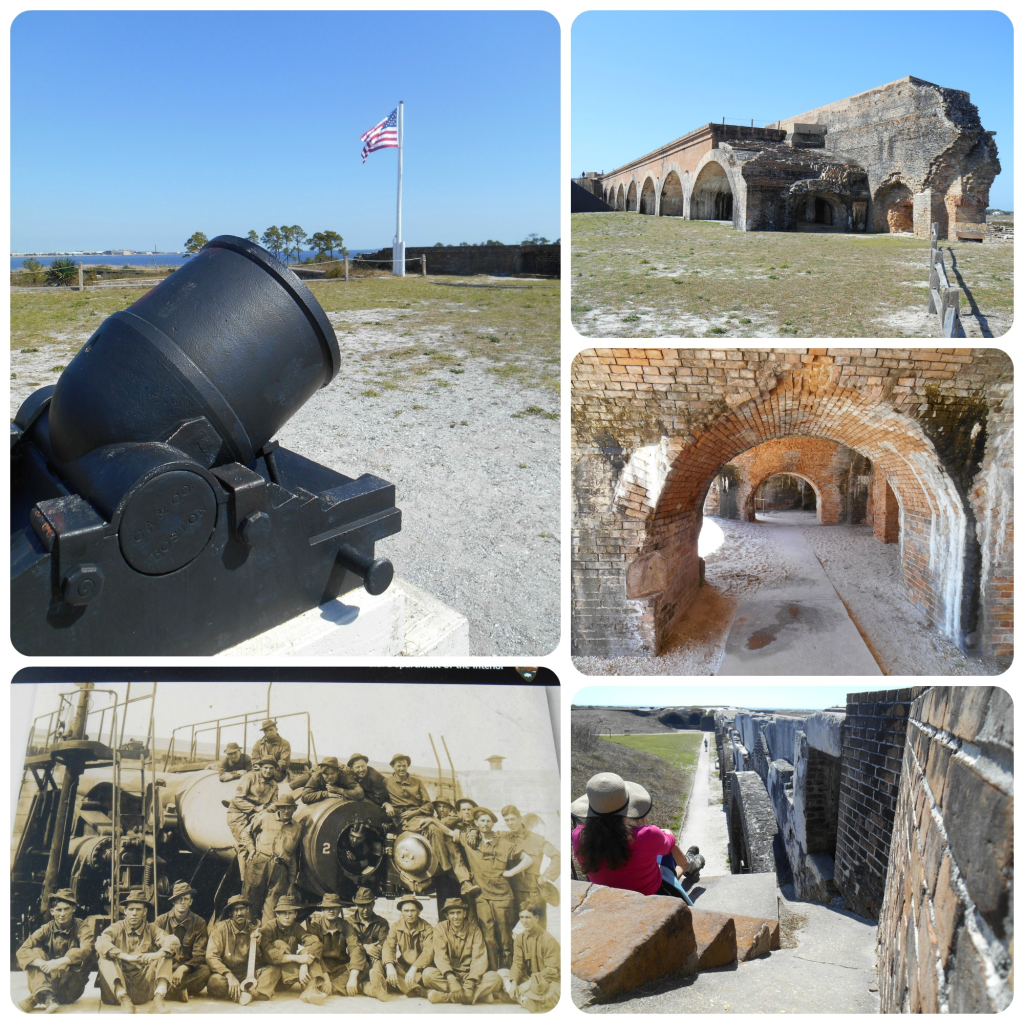 Other than the magazine exploding, the only action Fort Pickens ever saw was during the Civil War, thwarting the Confederates from taking possession of this area.

At the turn of the century, in 1898, the fort was updated to accommodate “modern” artillery.  A disappearing gun lobbed 1000 lb. projectiles up to 8 miles away. Then the carriage would drop down and the gun would disappear behind the fort walls to prevent enemies from targeting a retaliation. Colossal iron fittings for this gargantuan contraption are still affixed to the walls.

It was a good tour and a pleasant walk. On the way back to camp I took a side trail and saw several osprey nests in tall pines, the birds very active feeding chicks. Later in the afternoon as I soaked up one more day at the beach, the same ospreys were hunting the Gulf waters and carrying back long silver fish to their nests on the bay side.

Tomorrow will be stormy and I intend to hover indoors and wait for the RV repairman. Hopefully he can get my electrical hookup working and I’ll be able to enjoy a hot shower again!

Fort sounded like a neat trek. Wonder if it was the one used in the B-movie “Abraham vs Zombies?”

I’ll have to check out that movie!

Beach jogging, how fun. Watch out for the seagulls.