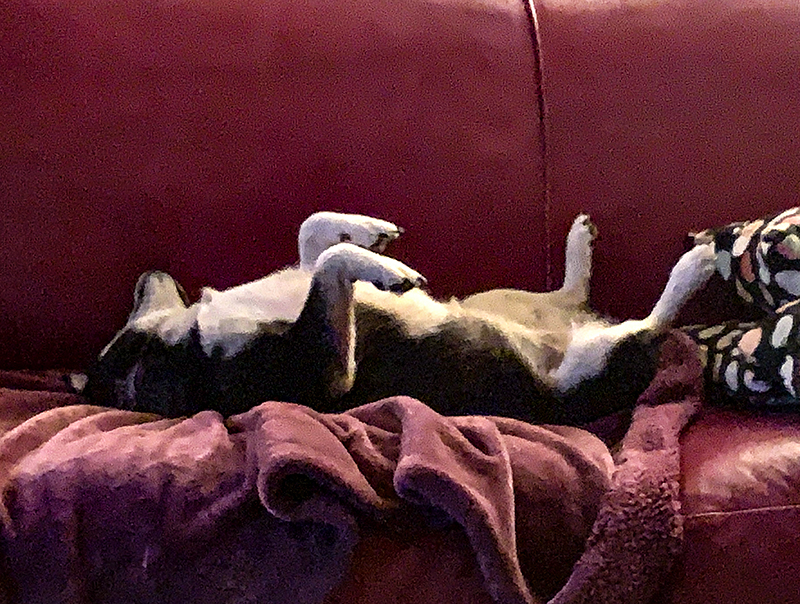 It’s mid-April and we’re still in lockdown mode. We’re going nowhere…very slowly. The days are all starting to meld together. I have to check my phone to remember if it’s Friday or Saturday. Oh, never mind. It’s only Wednesday.

These Stay-At-Home orders gave us a chance to knock out some big projects that usually get ignored. With two of us hanging around the house like spanish moss, there was no excuse.

First I washed all the green stuff off the eaves with a mop and bucket, upsetting the little Phoebe bird who nests at the front door every year.

Next was a big four-day project to stain both decks and repaint some outdoor furniture. Woof! Couldn’t lift my arms for a few days after that. 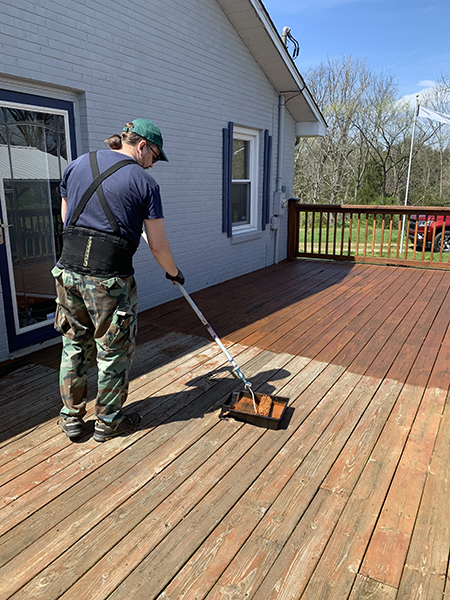 A week later we tackled another big project to spruce up the garden and landscaping. That was a couple of days of pulling weeds and two more shoveling mulch.

Lucky for us there’s a place to get mulch nearby. A bourbon barrel factory is only a few miles away, and as we now know from all those distillery tours, Kentucky Bourbon is aged in new oak barrels. This factory brings in white oak trees, mills them into barrel staves, and dumps the shavings in a two-story high pile of mulch. Locals can come get a truckload anytime. Free mulch! Woot woot! 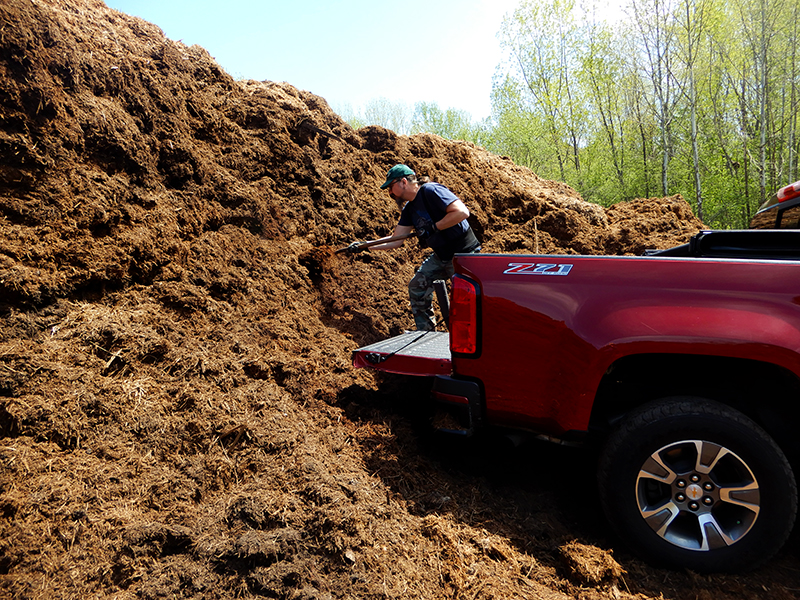 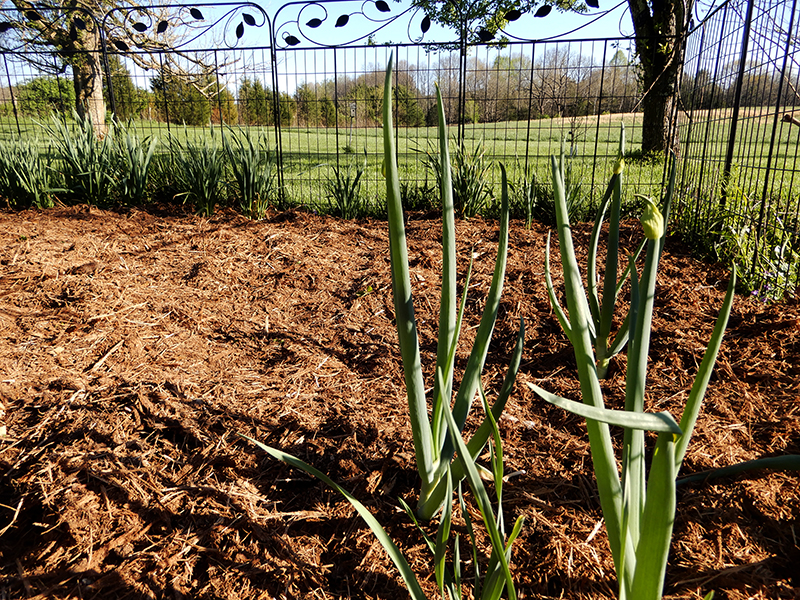 A few more days of lolling around were needed after that project because I couldn’t move my legs from all the squatting. 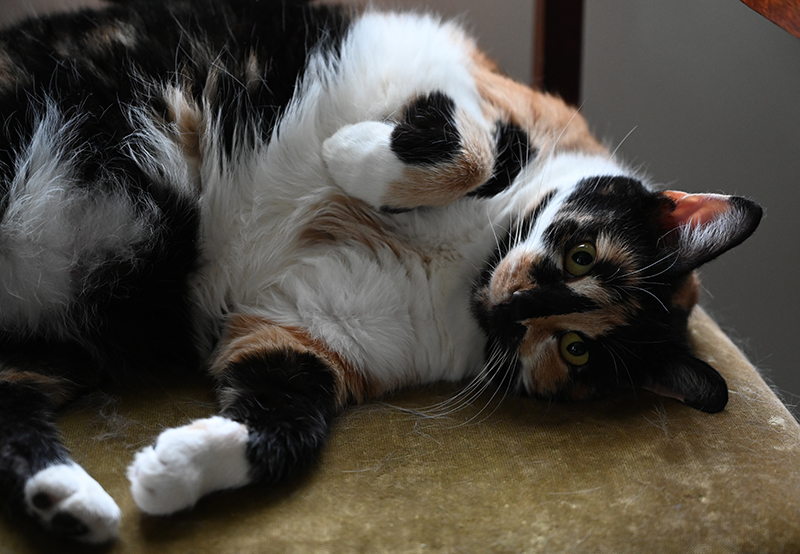 We managed to get out on the electric bikes a couple of times earlier this month. We picked some trails that are not heavily used, grabbed the cousins, and spent all afternoon loose and free. It felt a little like cheating, but man was it good to be out of the house! And see other people! 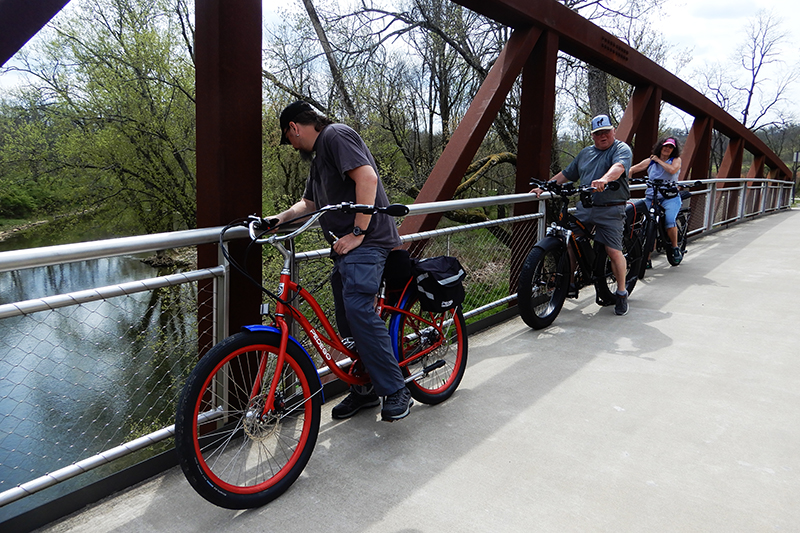 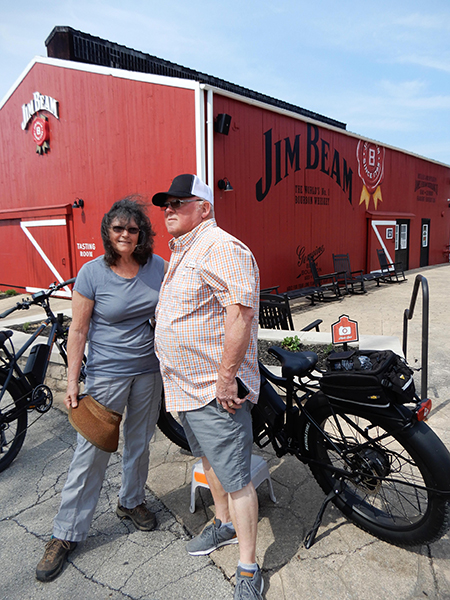 The last week or so we’ve been hanging closer to home because things seem a little dicey out there. Rather than risk catching the virus we’ve been like a couple of house cats – napping and looking for amusement. 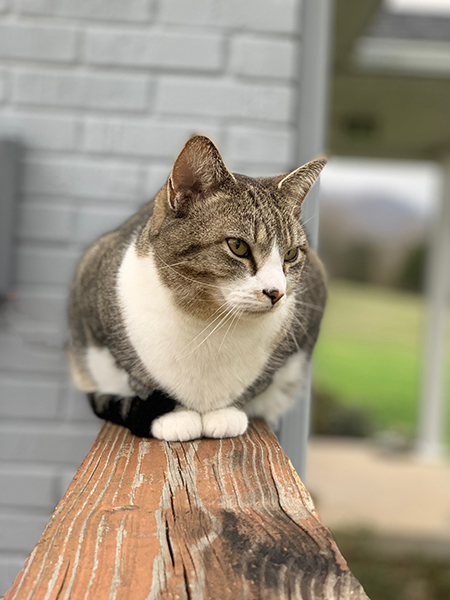 Tim got motivated and has been working at his jewelry studio in our basement. He turned out some wonderful pieces this week! 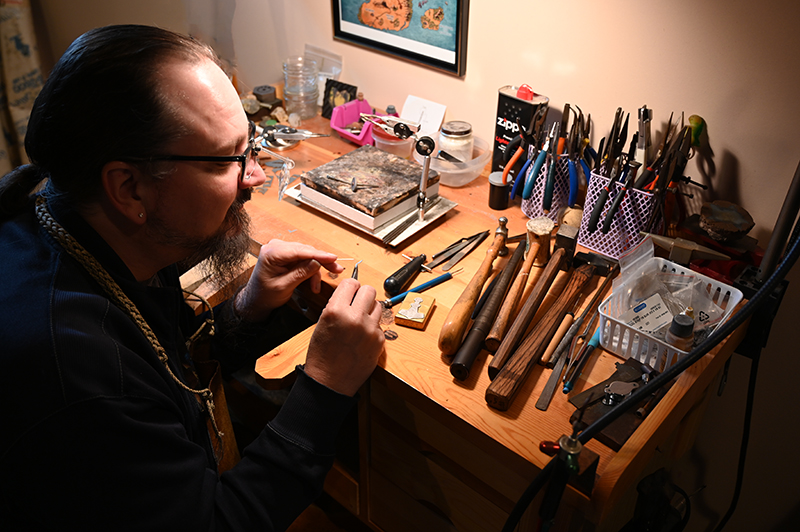 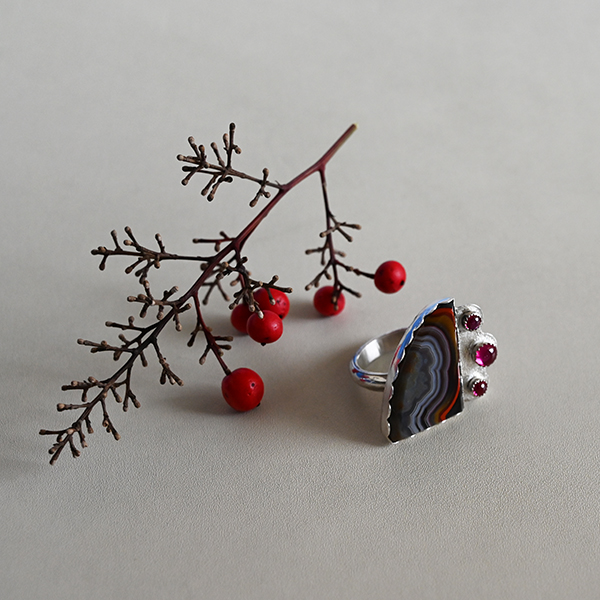 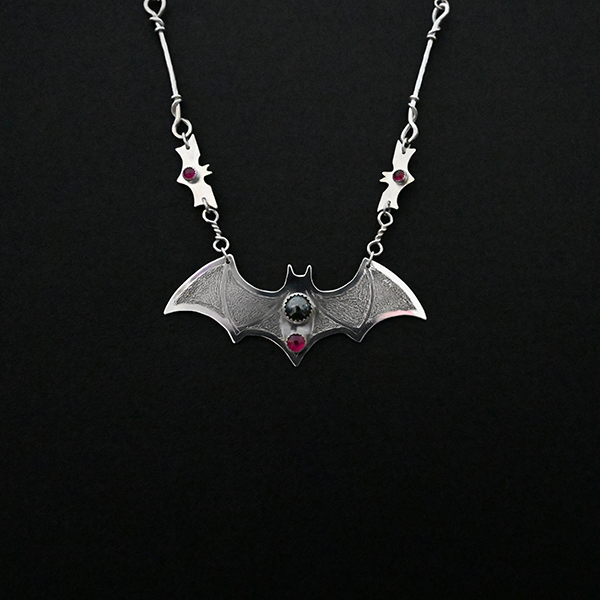 I launched into a cooking fit with whatever ingredients I could find in the cupboard. Whipped coffee paired nicely with a pound cake. 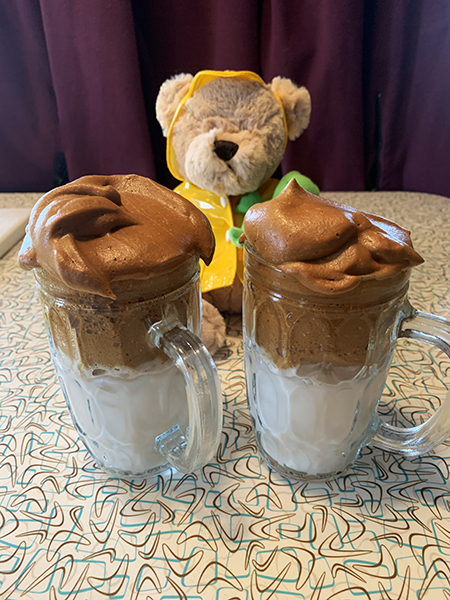 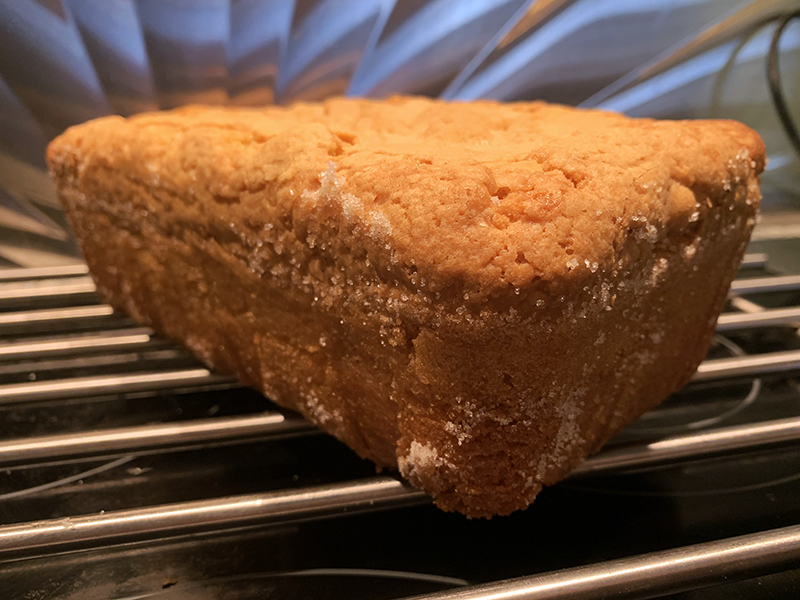 I haven’t had a haircut since January and it’s starting to show. Since the government wants us all to wear a mask now, I thought this might help… 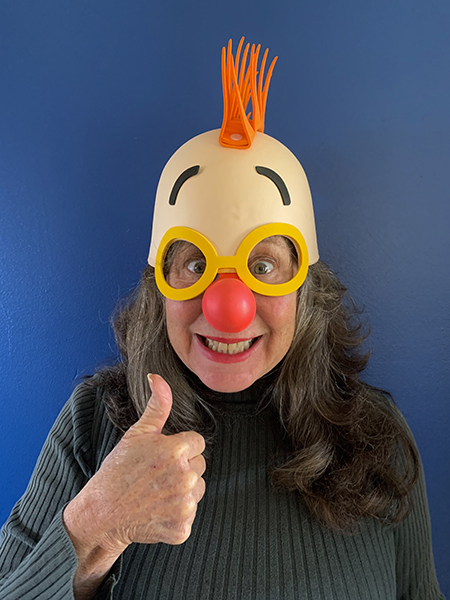 With way too much time on my hands and a month of bad hair days, I’m back to playing around with rollers and curling irons. 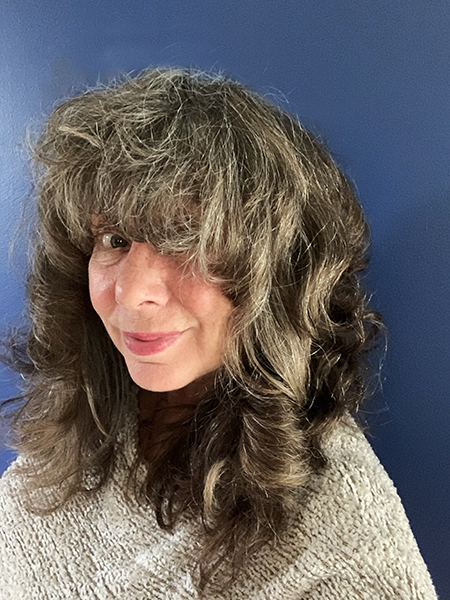 I’m starting to feel a bit like a caged pet though. Cooped up so to speak. 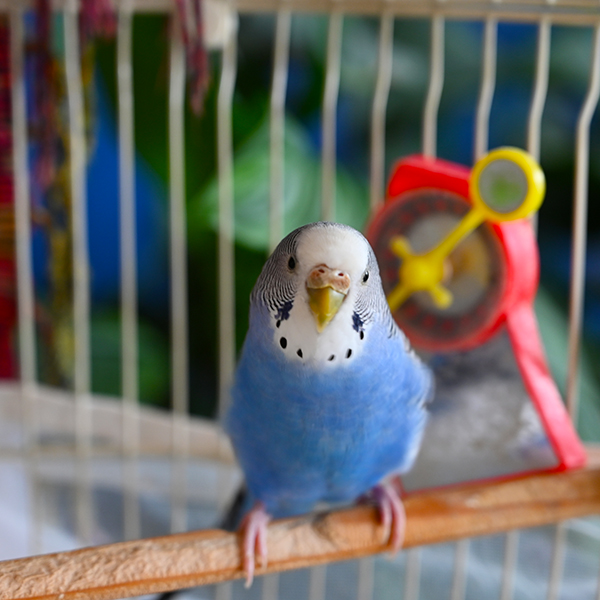 Found some Roma tomato seeds I’d saved and started them in the windowsill. But I’m kinda running out of useful projects. 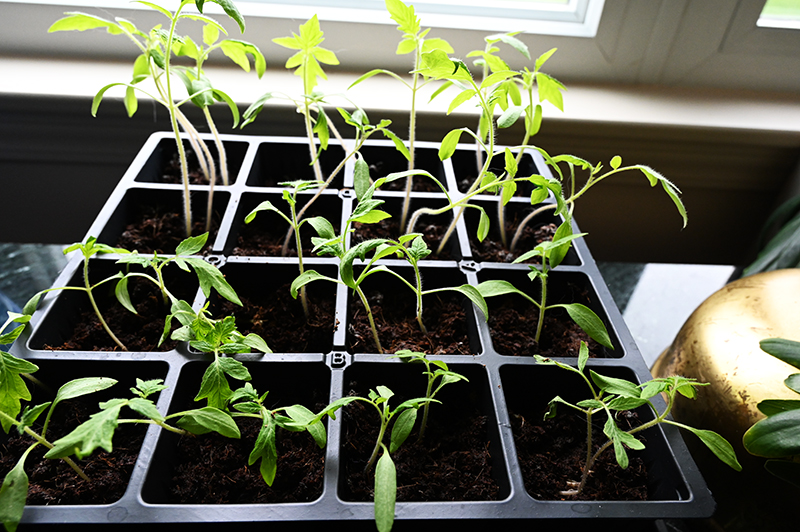 So it’s back to long walks around the farm. 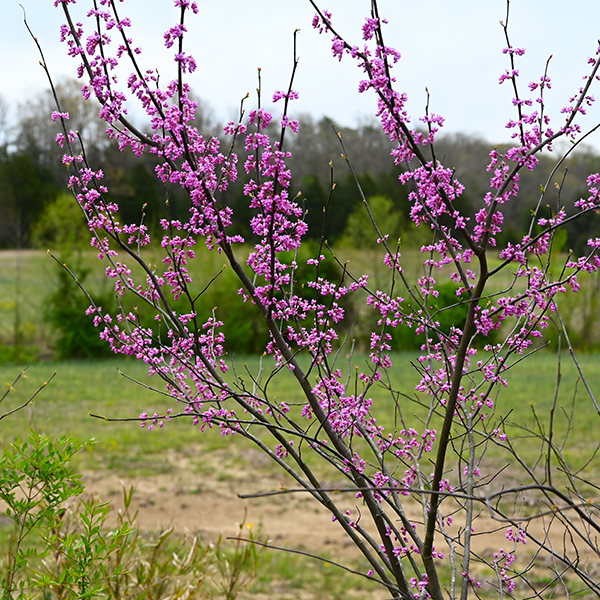 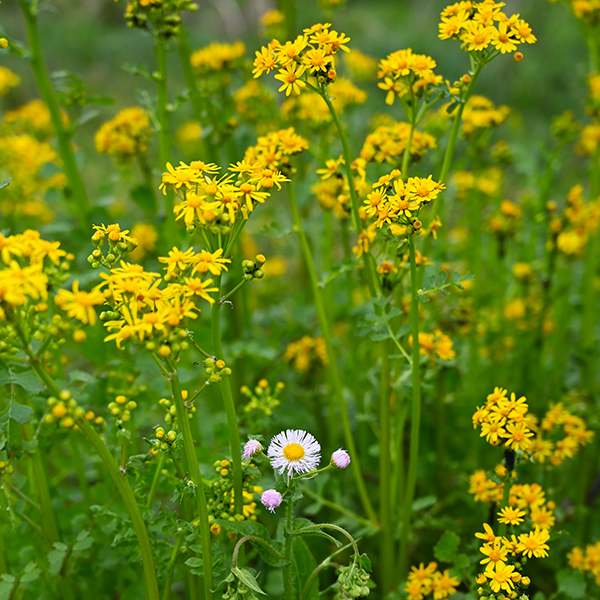 Just waiting it out now. How about you? 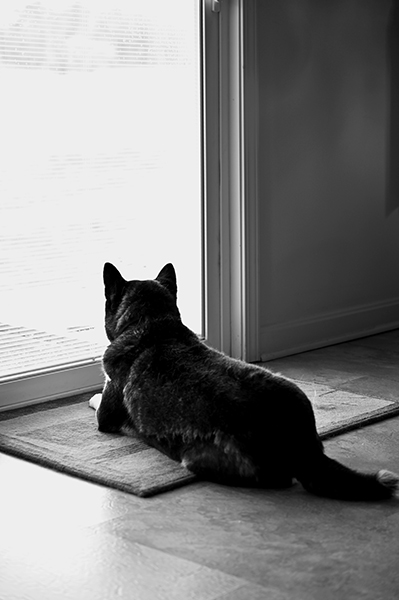 Hunker In The Bunker – Cordwood Cabin

Beautiful pictures. We are fortunate to be able to get out for walks and hikes. You are so lucky to have Wanda and Mark nearby. The coffee looks amazing.

Wonderful, dear neighbor. We are among the fortunate to be in KY in the Spring in a bleeping pandemic. The latter will end and hopefully we will have another Spring without the pandemic. Nothing beats Spring in KY, not even a pandemic! We will enjoy. Take care, everyone.

Thank goodness this happened in spring and not winter! At least we can enjoy the outdoors 🌺

Sounds like a perfect place to be Quarantined!! Great shots, Richie, as usual. looking forward to visiting one day soon! Love yas!

Life on the farm is always social distancing! Lol

Hi Richie!
Absolutely love your posts! We’re ok. I’m teaching remotely and Tom is working on both homes (haven’t sold the one in Palm Beach Gardens, yet!) Take care, Love ya!

Stay safe out there, babe! Luv ya!