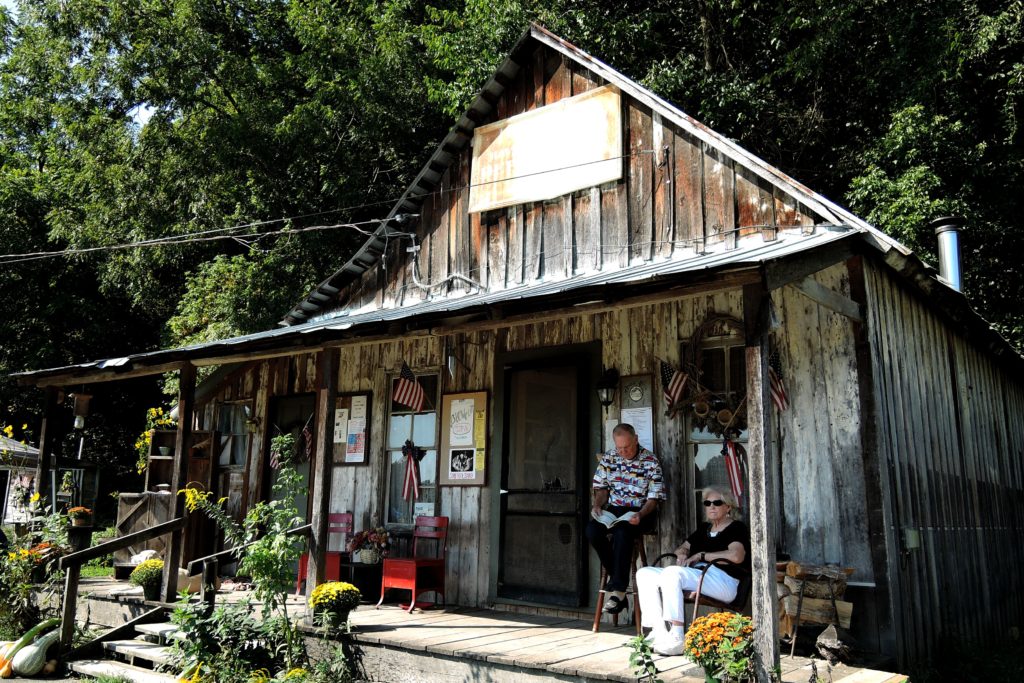 Penn’s Store has been operated by the same family in the same rustic building with the old creaky floors since 1850. It’s listed on the National Registry of Historic Places and hosts “Kentucky’s only internationally recognized outhouse race” – the Great Outhouse Blowout. 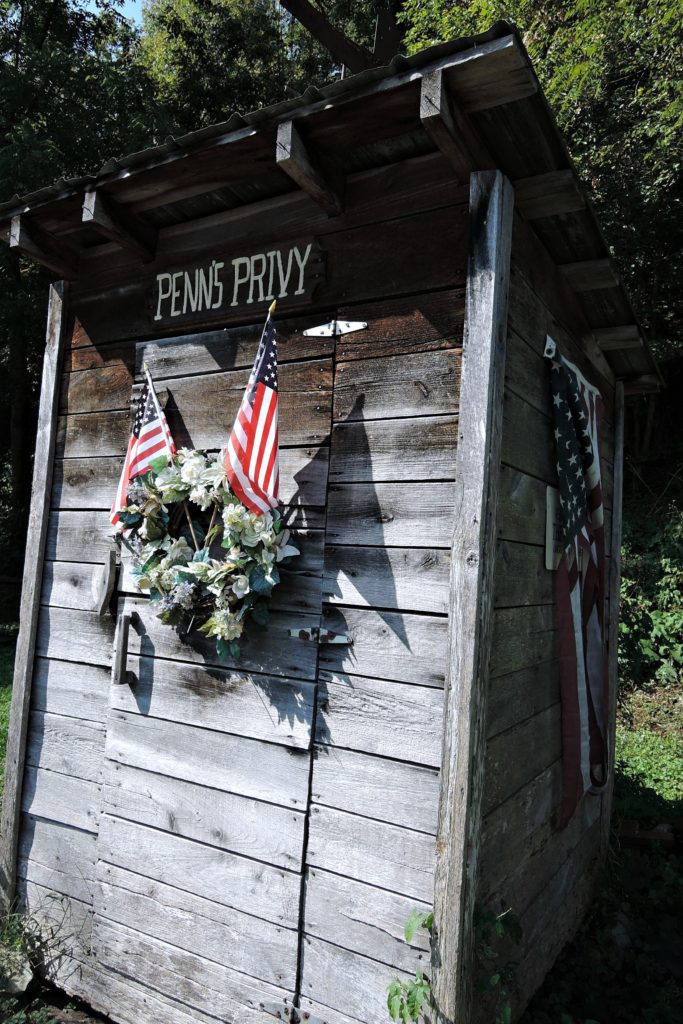 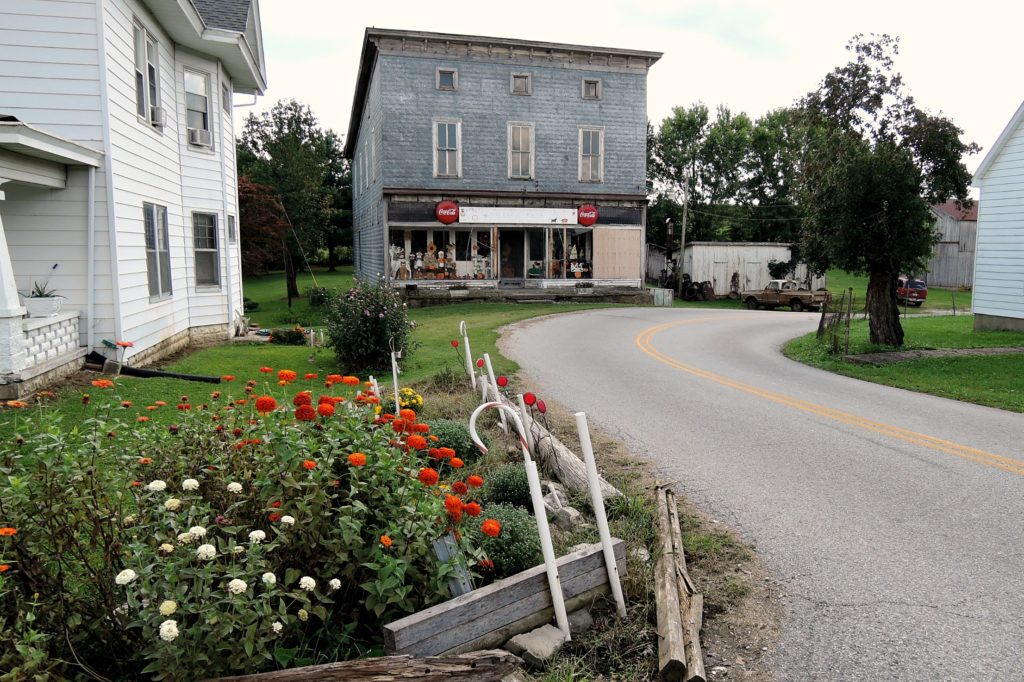 Penn’s Store is nestled in the knobs, a few miles from the little town of Gravel Switch. The Outhouse Blowout festival is held on a grassy field in front of the store. Folks spread out around the lawn to listen to music and slurp BBQ. 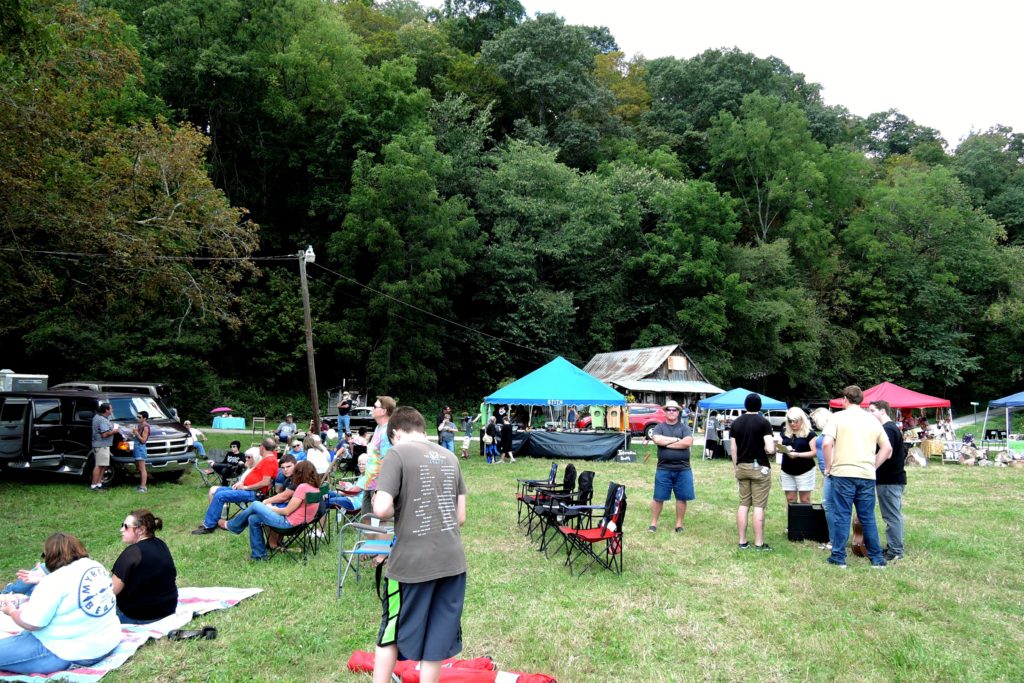 The Great Outhouse Blowout is held every fall – it’s a country style festival with music, crafts, and food. We arrived early in the morning in time to catch the parade and the Outhouse 300 race. 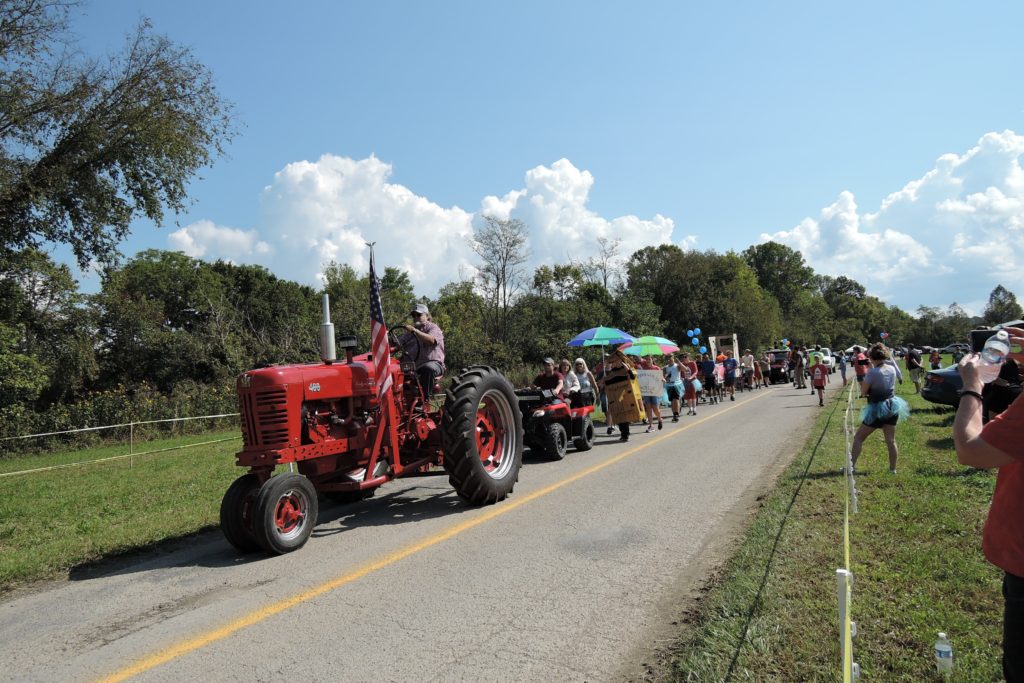 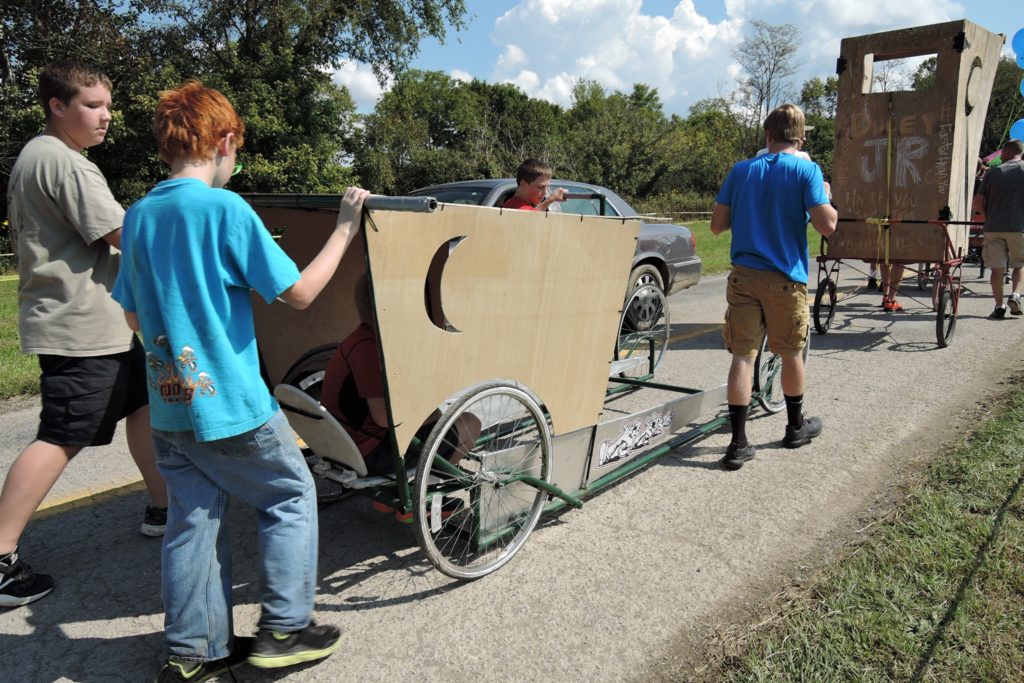 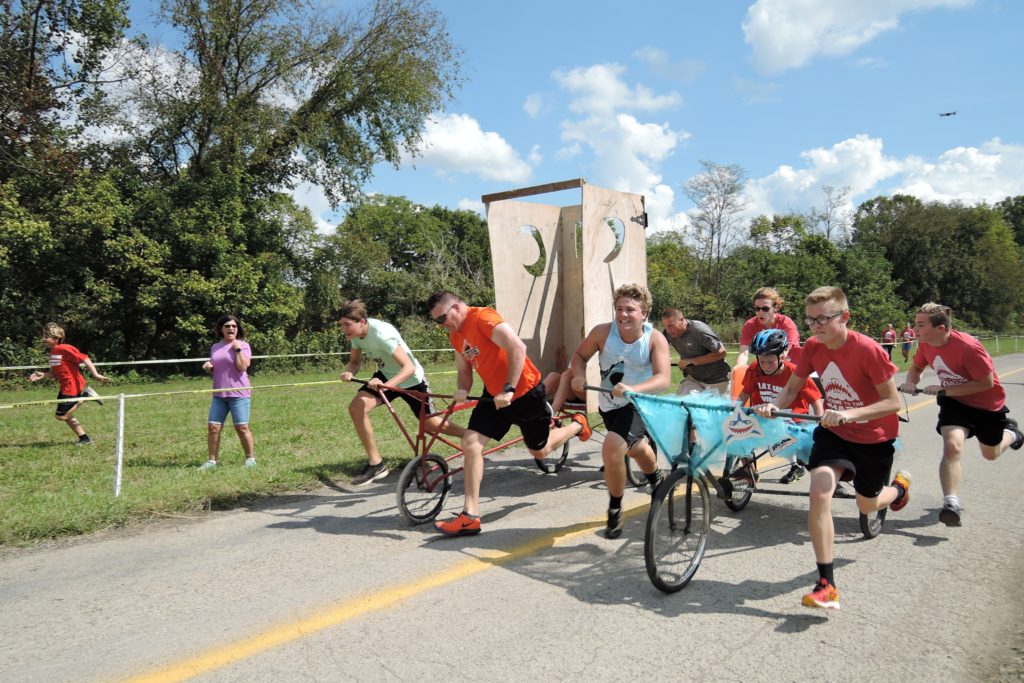 For the big race, contestants build wheeled push-cart contraptions, loosely related to an outhouse, and whizz down the main street to great excitement. They raced several times until everyone pooped out – ha! Trophies were awarded to the winners, and afterward gentlemen were invited to compete in an Ugly Leg contest.

The day warmed up uncomfortably humid, so we left in early afternoon, just as the crowds and horse teams started to arrive. The Great Outhouse Blowout continues for the rest of the weekend, and ya’ll are invited to come on down! 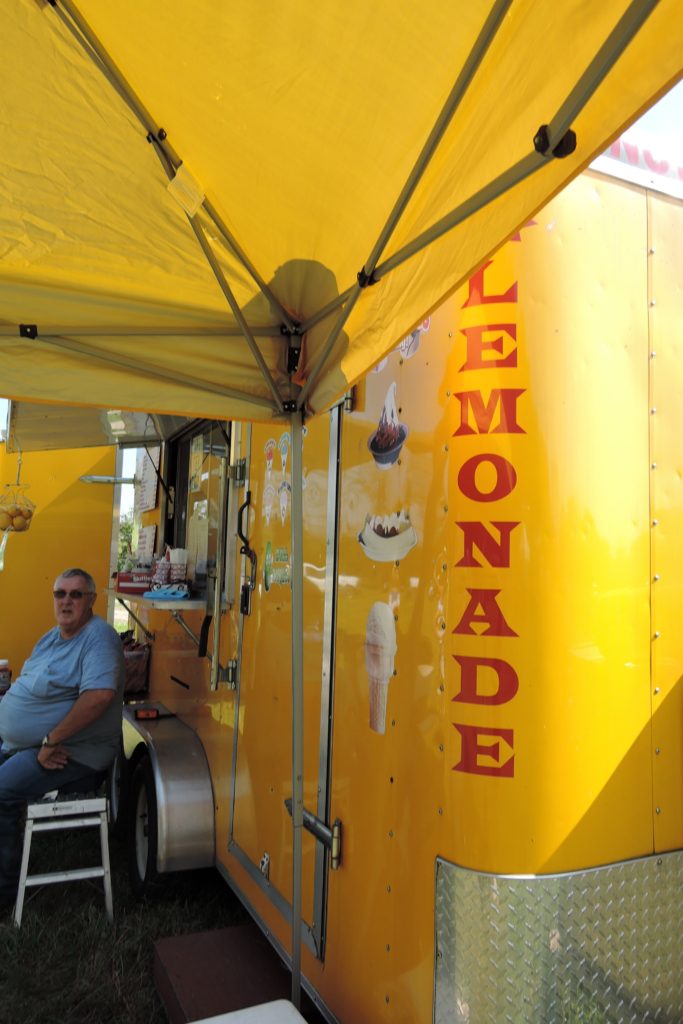 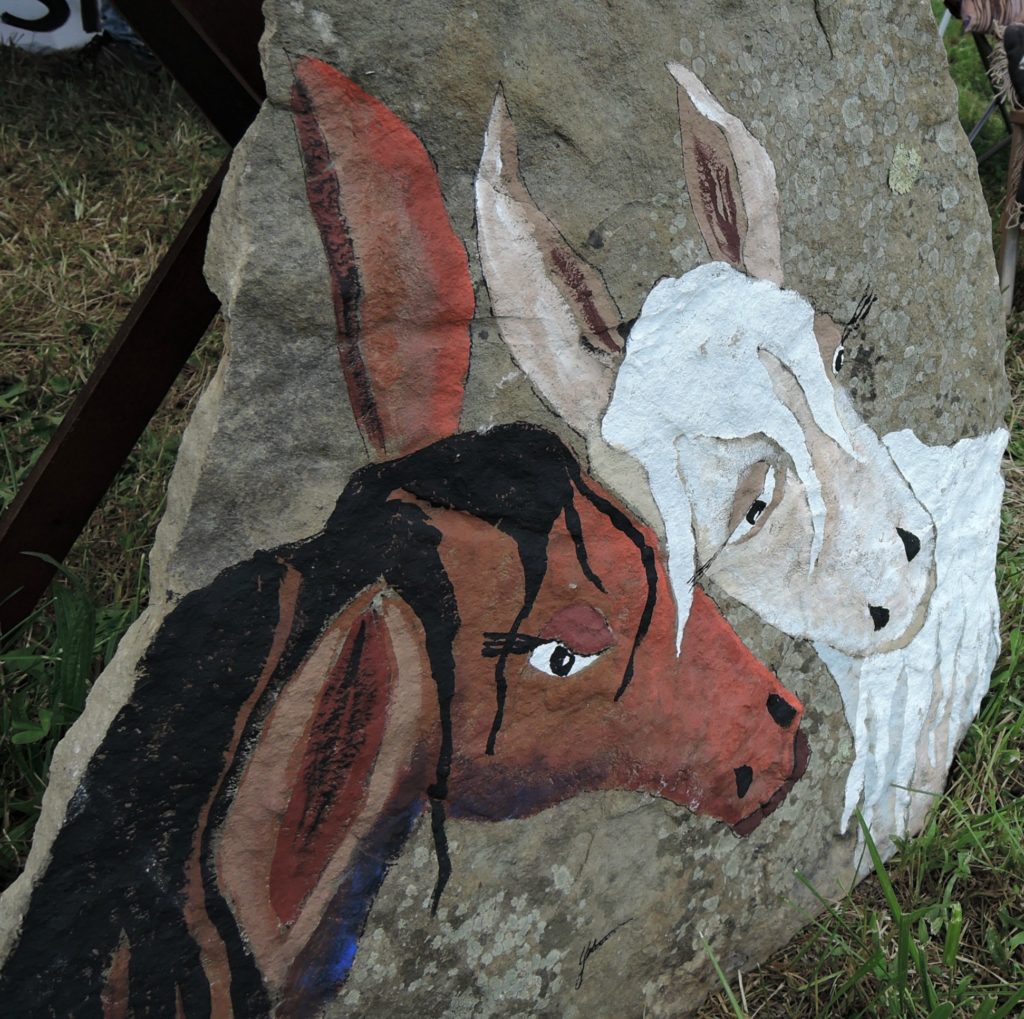