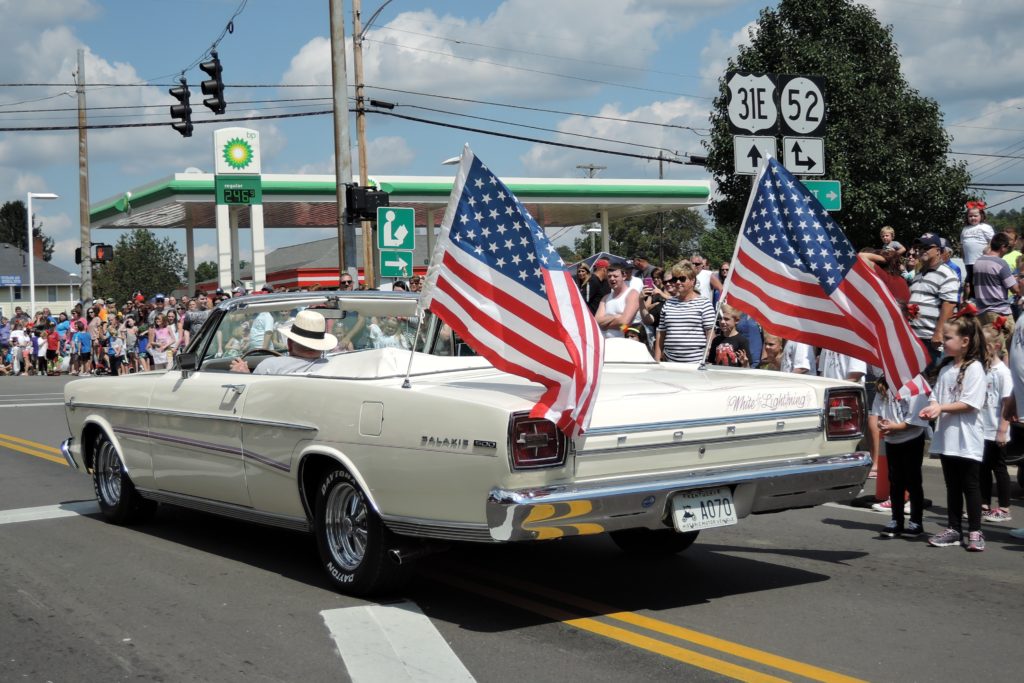 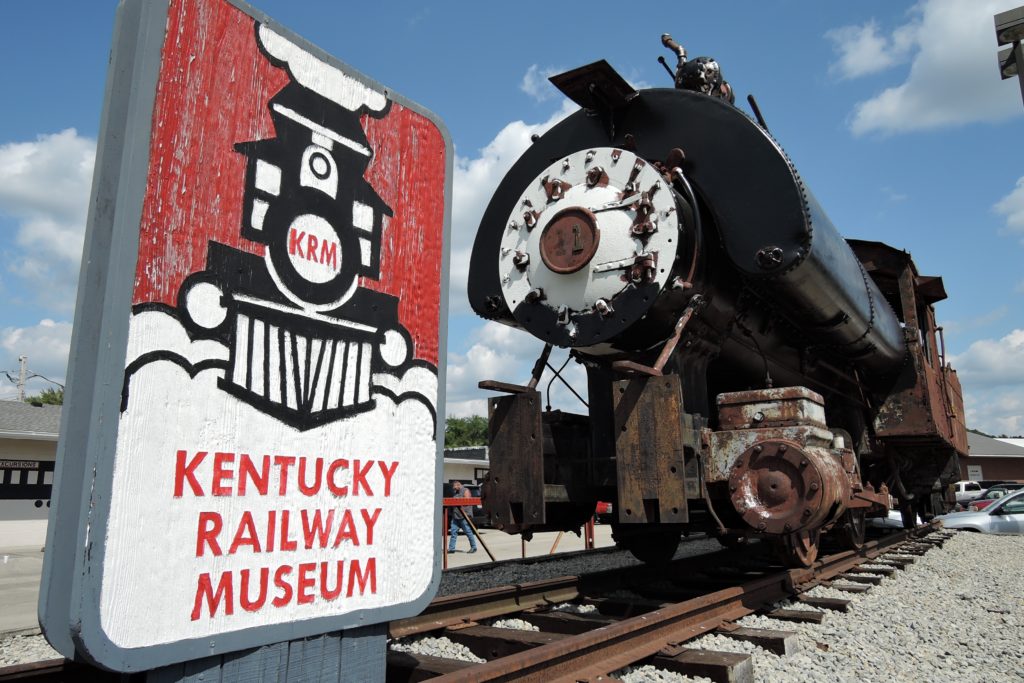 New Haven is our closest town for groceries and gas, and has a tiny business district where a little street fair was set up. Even though the festival is called Iron Horse there’s nothing train-themed about the fair. New Haven does have a large depot and the Kentucky Railway Museum, and locomotive rides are held on weekends. But that’s where the Iron Horse connection ends. 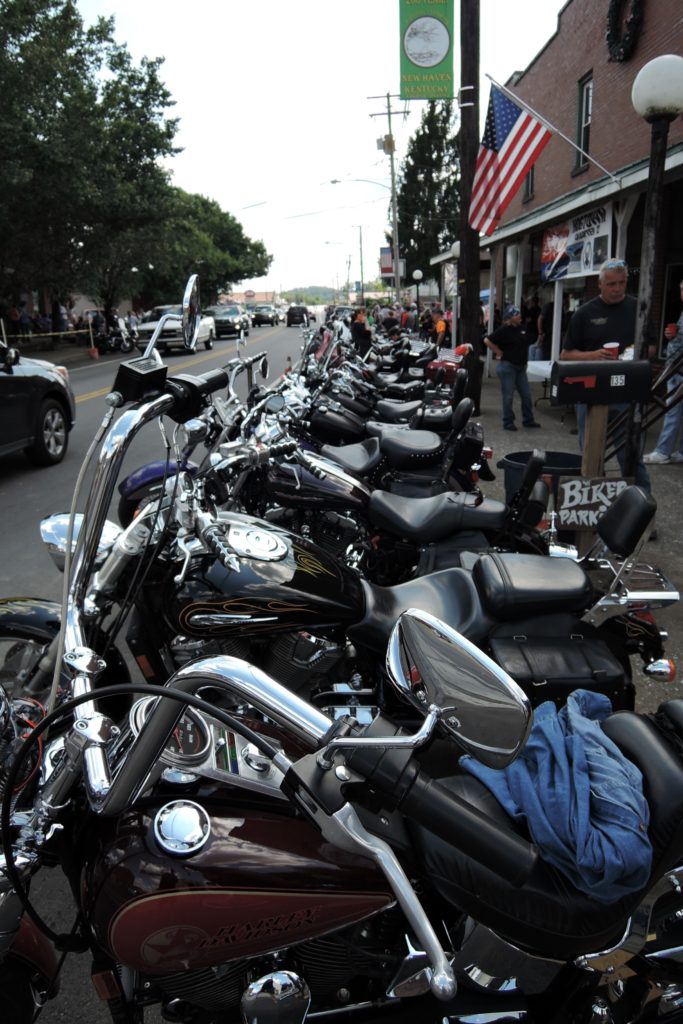 It was a perfect day for a motorcycle ride, so we headed into New Haven and parked at the local biker bar, Longbranch Saloon. The saloon attracts a lot of leather-clad out-of-towners, and we looked like scooter trash when we rolled up on our little Honda – a midget among the big Harleys and choppers. I guess motorcycles are the modern-day version of an iron horse? 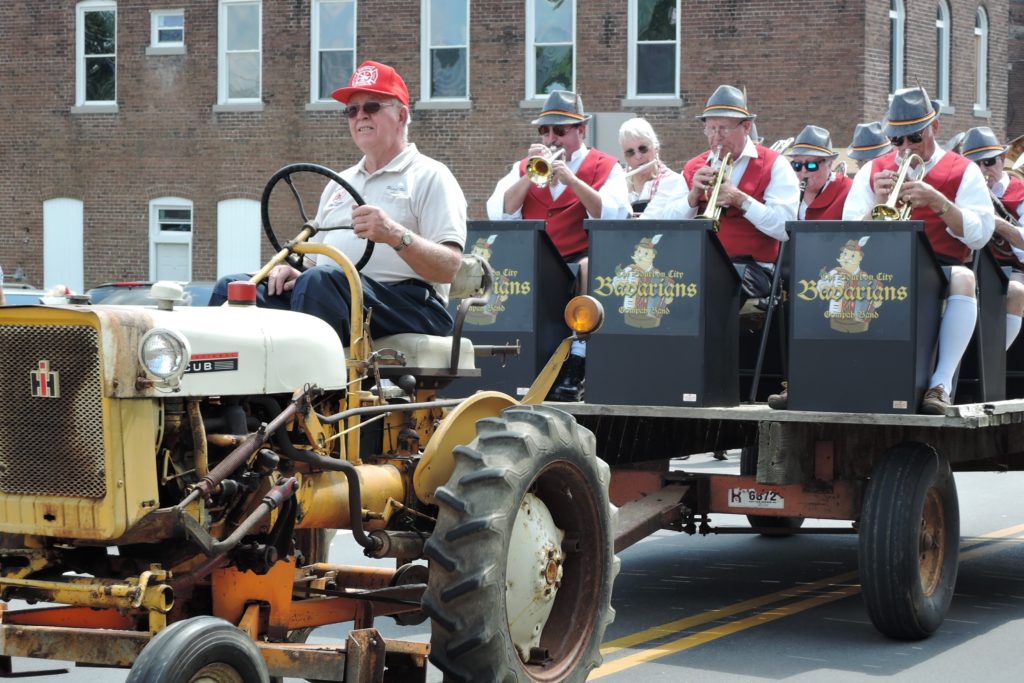 Around two o’clock we settled on a curb to watch the parade. Fire trucks and cool classic cars rolled by, along with a marching band and horse riders. 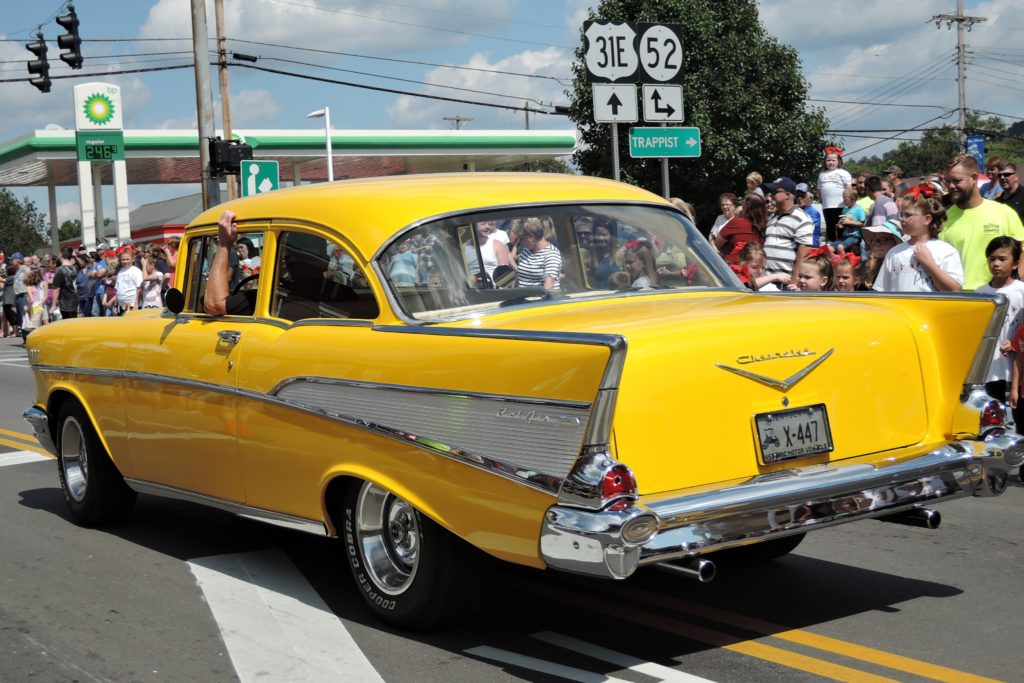 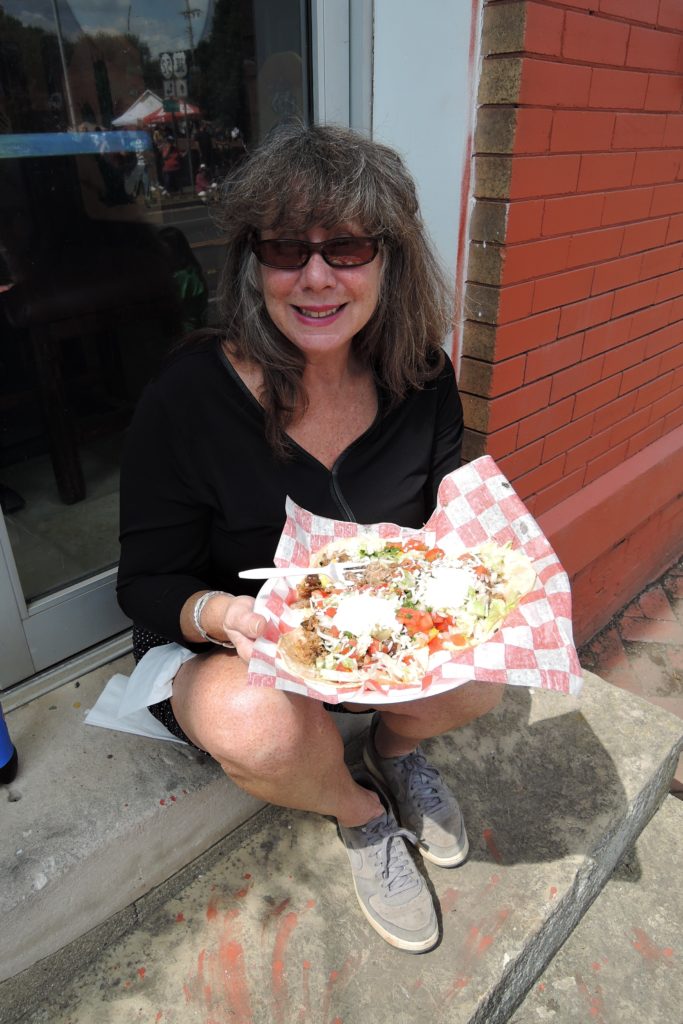 The New Haven Historical Society has a tribute to local veterans and displays old pictures from times gone by. I listened in as two gents swapped stories about the town’s rough and rowdy ways in the days when the streets were still dirt. Back in the ‘30’s a group of midnight pranksters stole an outhouse and placed it in the middle of the intersection, complete with a fence and a kid goat. 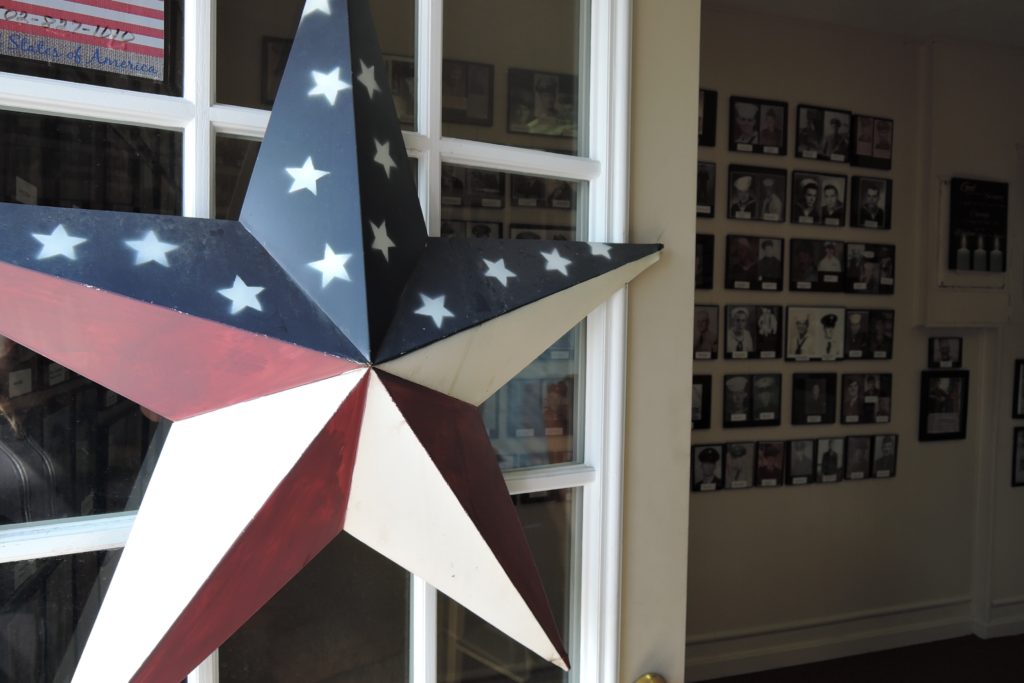 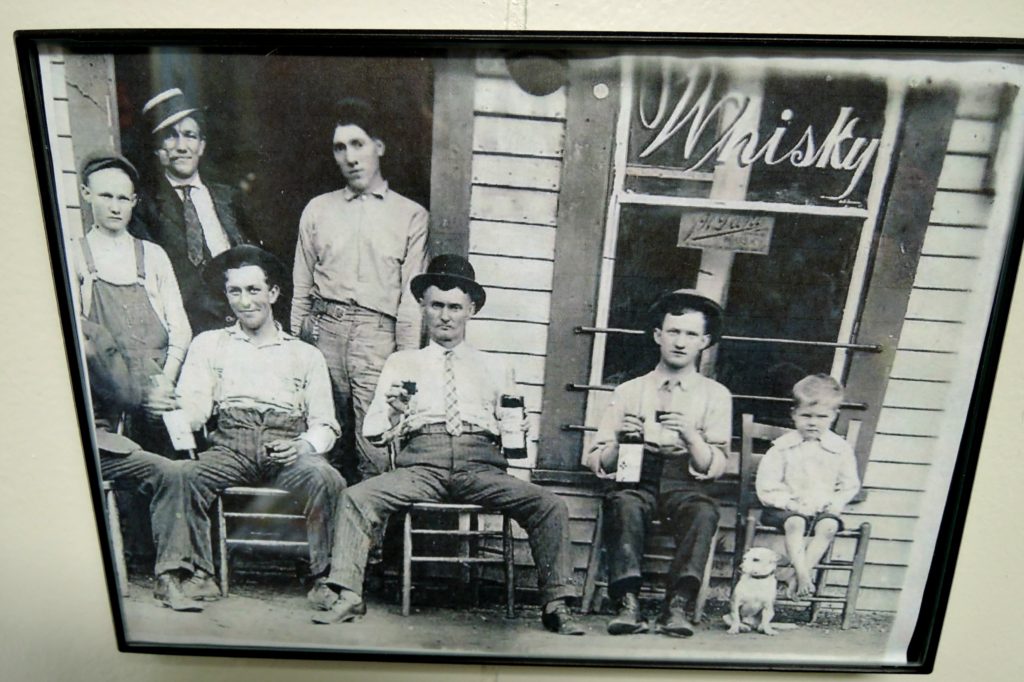 Later in the day the motorcycle gangs had a Burn Out Contest behind the saloon. They shoved the front wheel against a wedge, tied the bike down with straps, and throttled it up making the back wheel spin until it burned off all the rubber. Hot molten bits of rubber were flung in every direction. I fled to an uphill position next to a team of mules to escape the barrage and stinking smoke. We watched the first guy burn off his tire and then made a timely exit before Contestant No. 2 fired up. 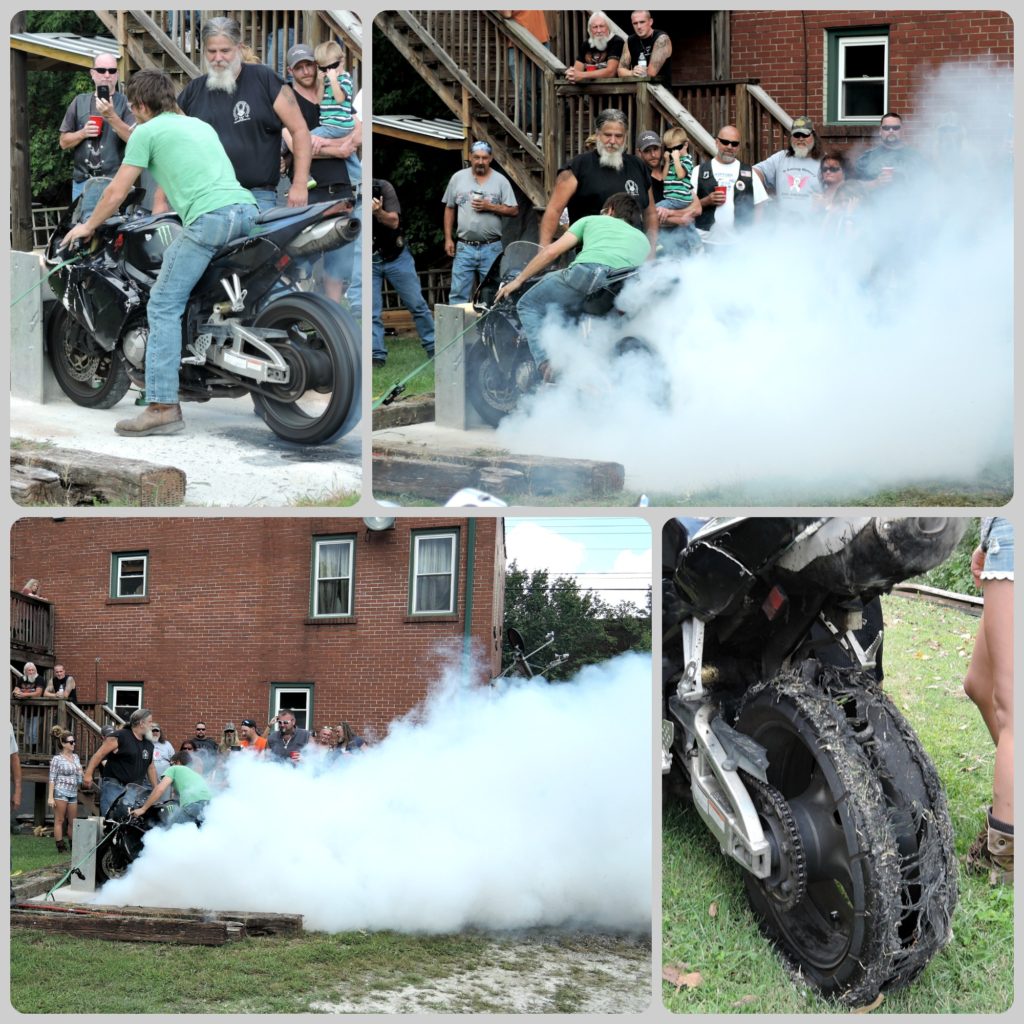 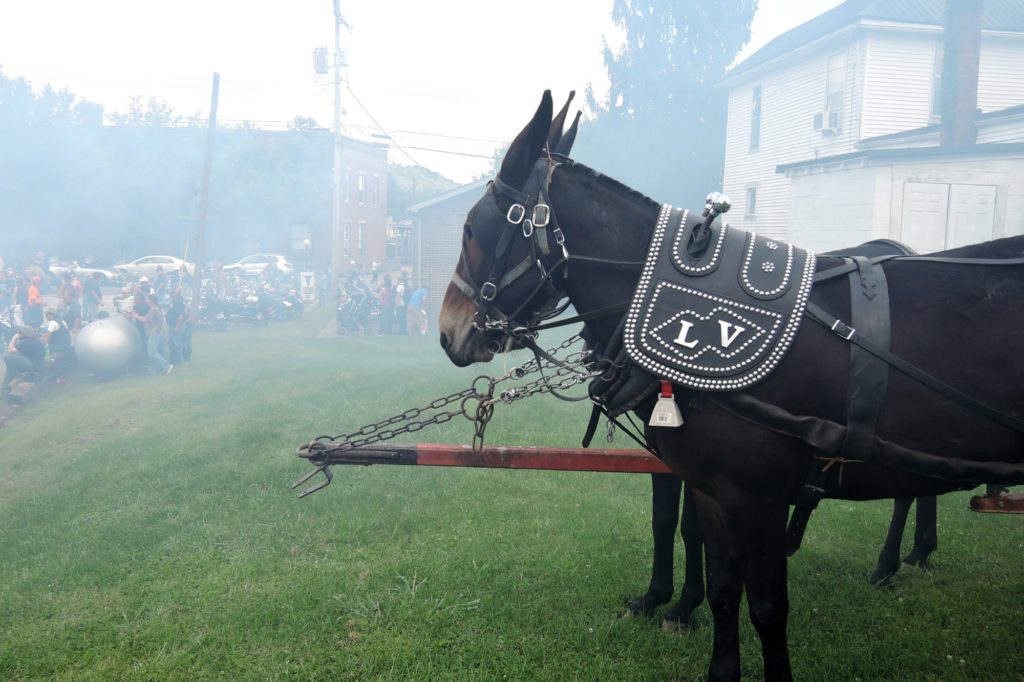 It was a great day in New Haven, and we feel lucky to be a long distance from all the hurricanes that have scrubbed Texas and Florida the past two weeks. 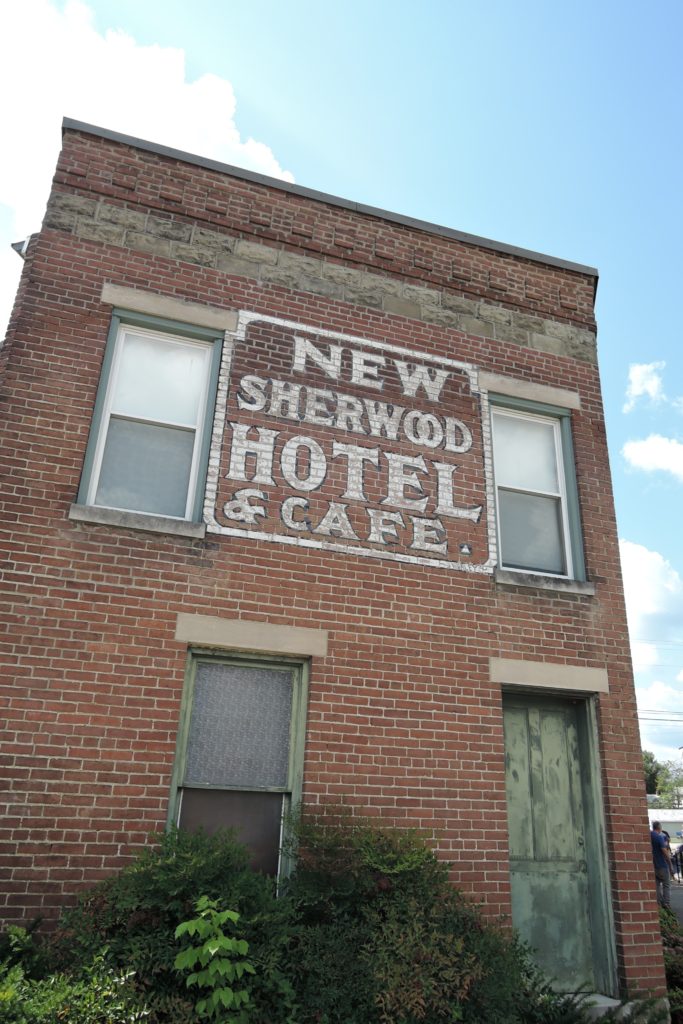