A Long Drive to Lake George 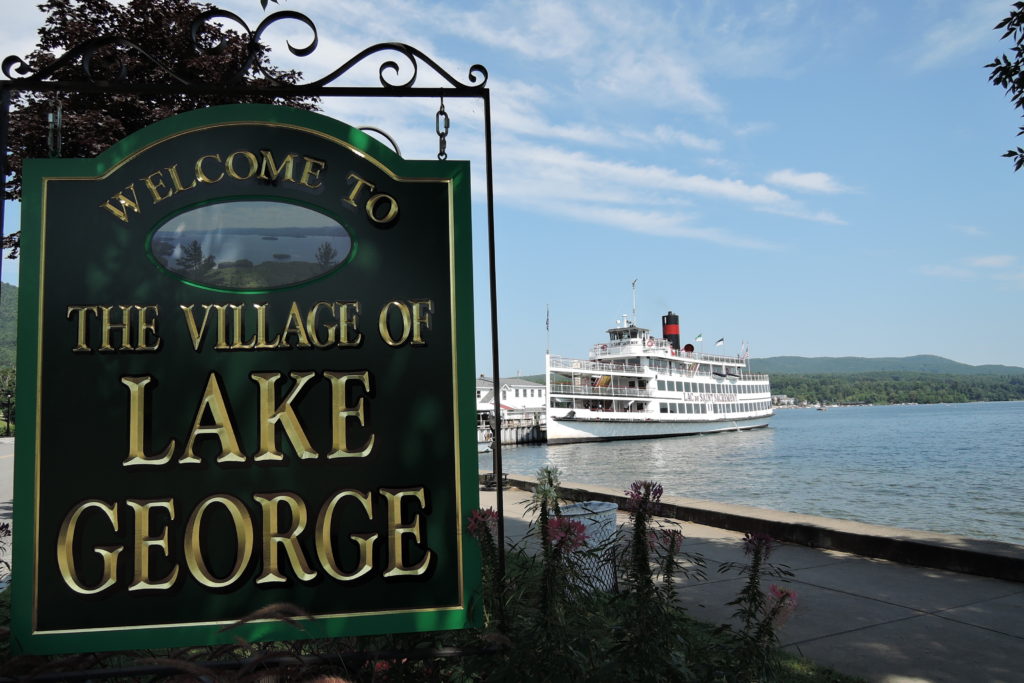 Call me a wimp, but I’ve found the best way to beat the sweltering southern heat is to pack up and head for the mountains. I’m talking about the eastern mountains – Alleghenies, Poconos, Catskills, Adirondacks. Where the air is crisp and clean and nights are so cool you want to open the windows and sleep under grandma’s quilt. 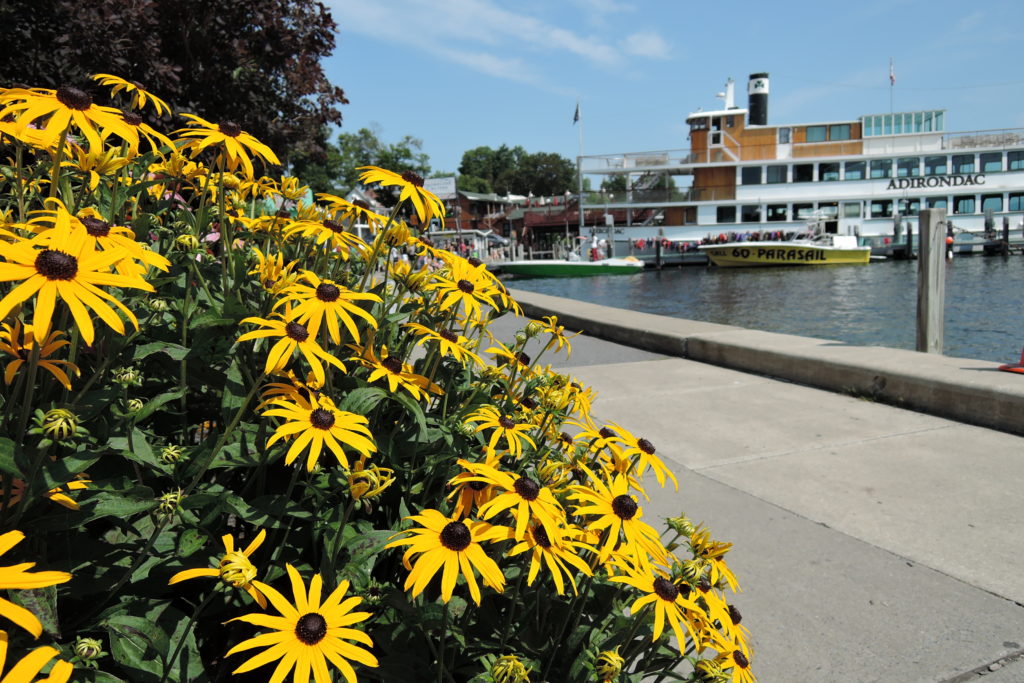 Having the mountains in mind, I chose a zig-zag route up to Lake George in New York. Turns out the route was a little more challenging than I expected, but not in a way that could have been anticipated. 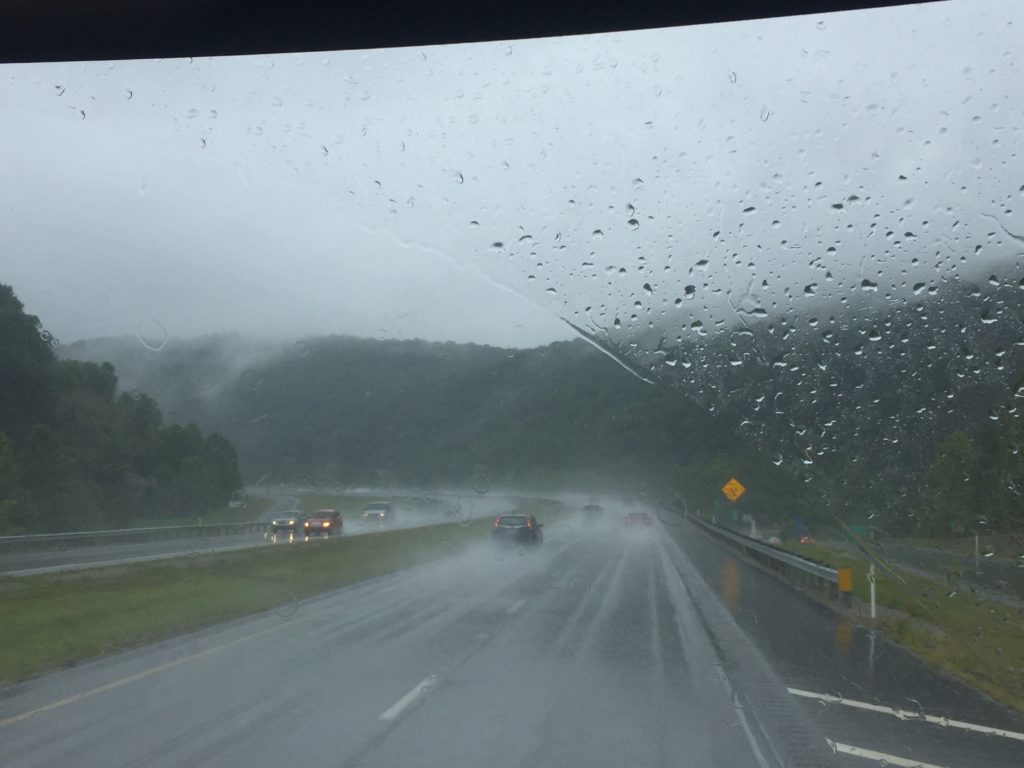 We drove through all of West Virginia’s mountains in a downpour. Not just a regular summer storm, but the big gullywasher kind of storm that turns into a 150 mile flash flood. It swamped the highway and many overconfident motorists spun out in the median with very surprised looks on their faces. Add in the low cloud cover, mountain mist and fog, and you’ve got a long day of gripping the wheel doing 40 mph. 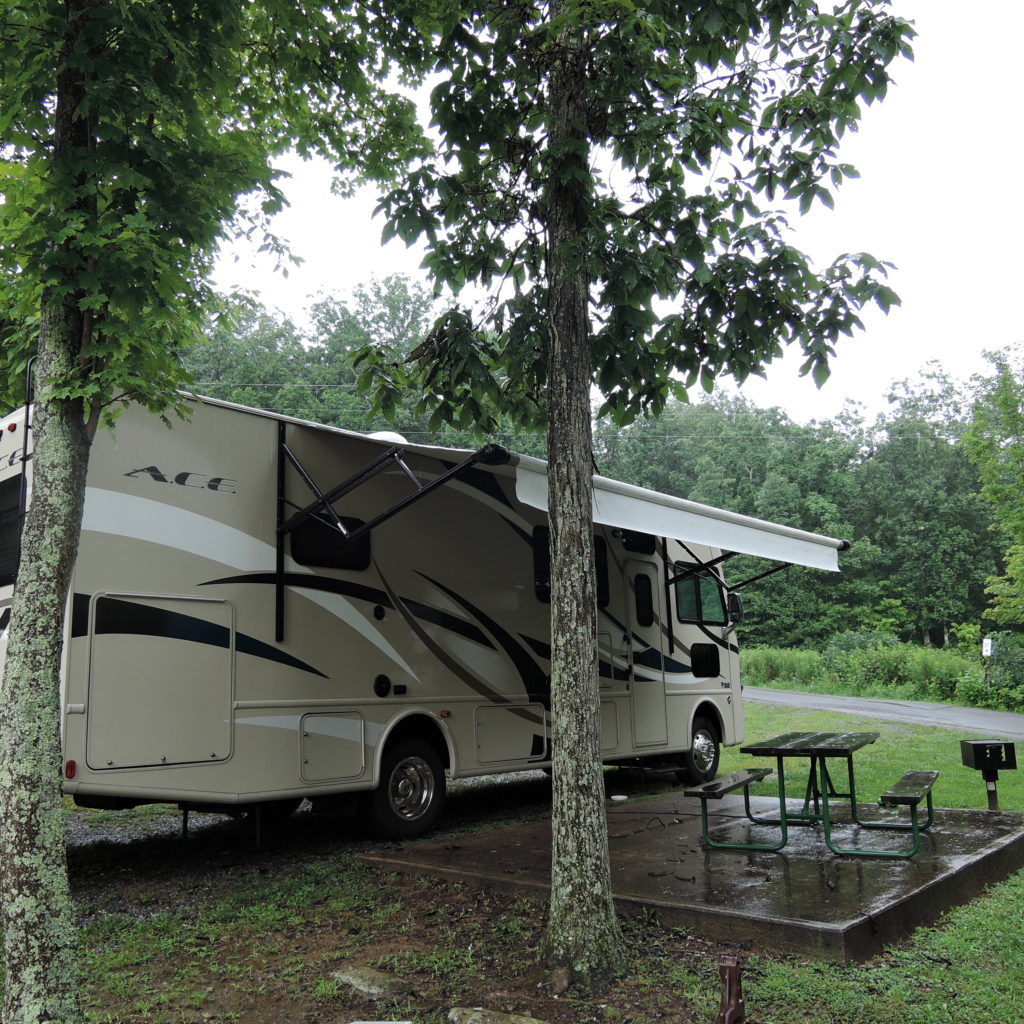 We made it at last to a mountaintop campground in Sutton, WV where the rain continued through the night.

It was still raining the next morning as we humped our way over the Alleghenies in western Maryland. No doubt this is a splendid area with many mountain overlooks and valley vistas, but all that could be seen was a thick crazy quilt of fog and a 50 foot view of the blacktop in front of us. 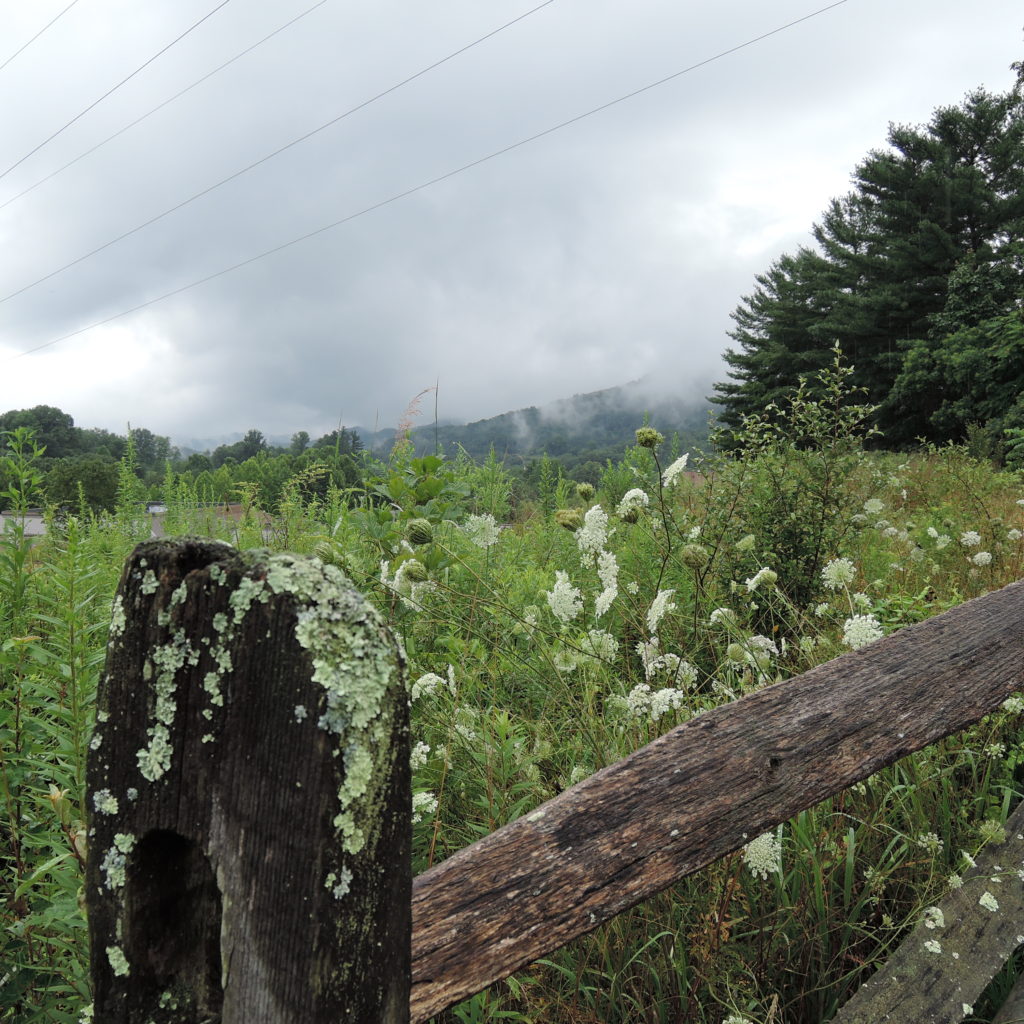 The clouds finally parted as we crossed the Susquehanna River in Harrisburg. We tucked in for our second night on the road in Jonesboro, PA at a creekside campground next to the swollen Swatara. I nervously asked the locals if the creek ever flooded. “Oh, no,” they said. “Except for last year when everyone had to evacuate to higher ground. A couple of trailers got swept away, but they cleaned all that up.” 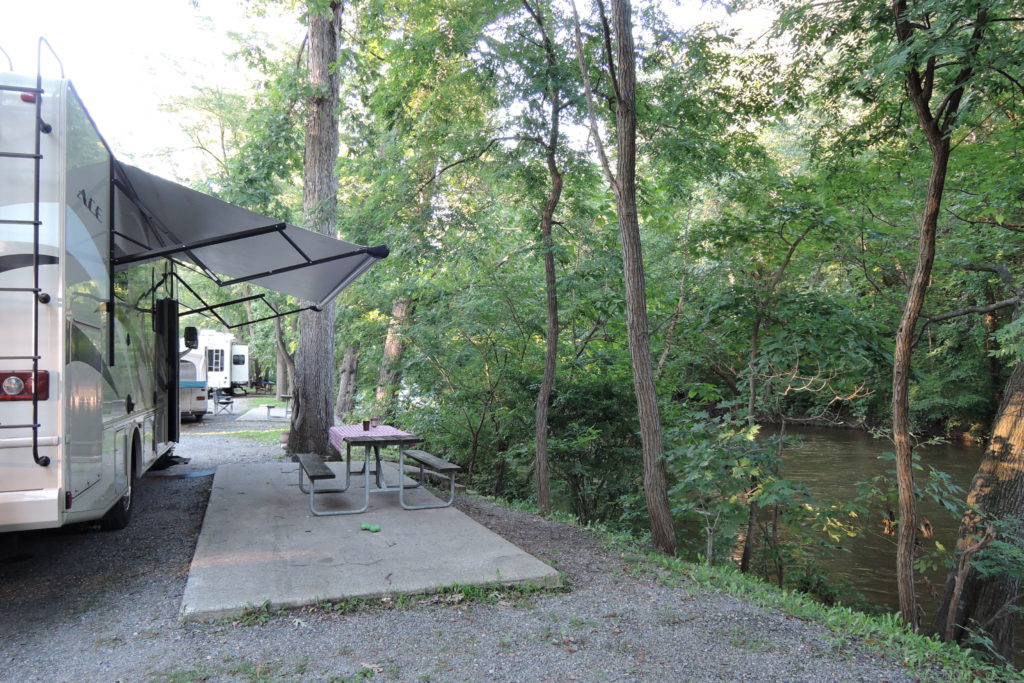 Our third day of travel started much more promising. The skies were bright and the wind stayed under 35 knots for a good while. We scaled up and down the Pocono mountains in relative comfort, with only a lightly held death grip on the wheel, until it was time for a pit stop. I saw a gas station sign and Tim pulled off the interstate. My randomly chosen exit immediately threw us down a winding black-diamond ski slope of a road, with hairpin turns and runaway truck ramps. There was a sharp right turn with a battered sign pointing to the gas station, but we flew past it on our downhill trajectory with the brakes smoking.

Somehow Tim got us off the road and turned around before we reached the bottom of the mountain. There was another RV behind us who did the same U-turn. That guy looked as mad as Tim, and no doubt he didn’t speak to his wife for several more miles either. 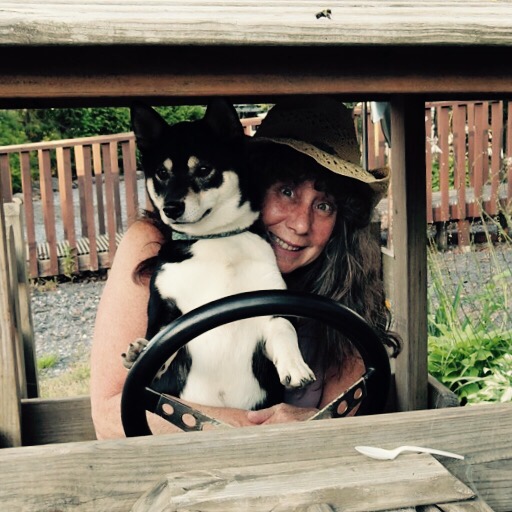 I won’t mention the rest of the trip through the Poconos, except to give condolences to the family of the contractor who built the washboard called I-81. Because surely he has been publicly executed. 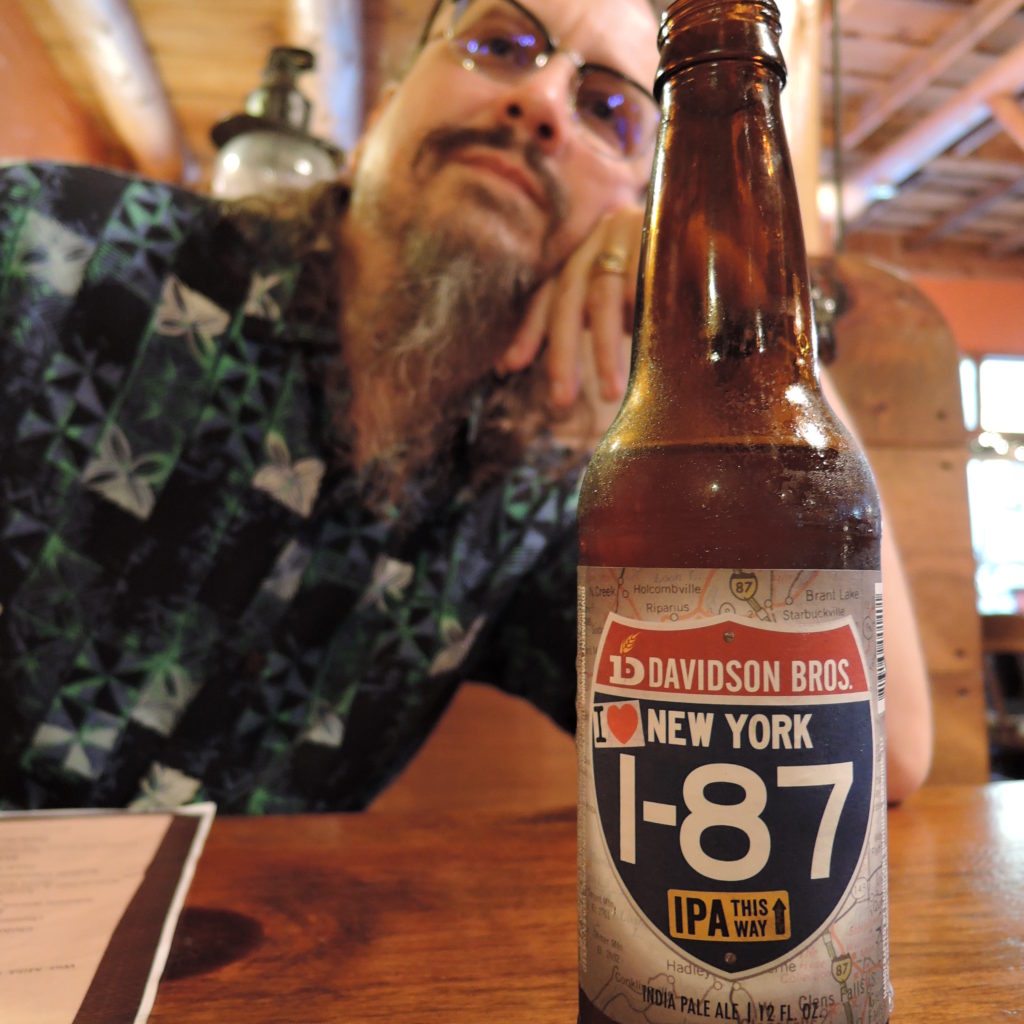 And finally we turned onto the New York Thruway, I-87, with its smooth pavement and 100 miles of stop-and-go traffic. We arrived at Lake George in the evening, had a late supper, and collapsed into bed under grandma’s quilt with all the windows open. 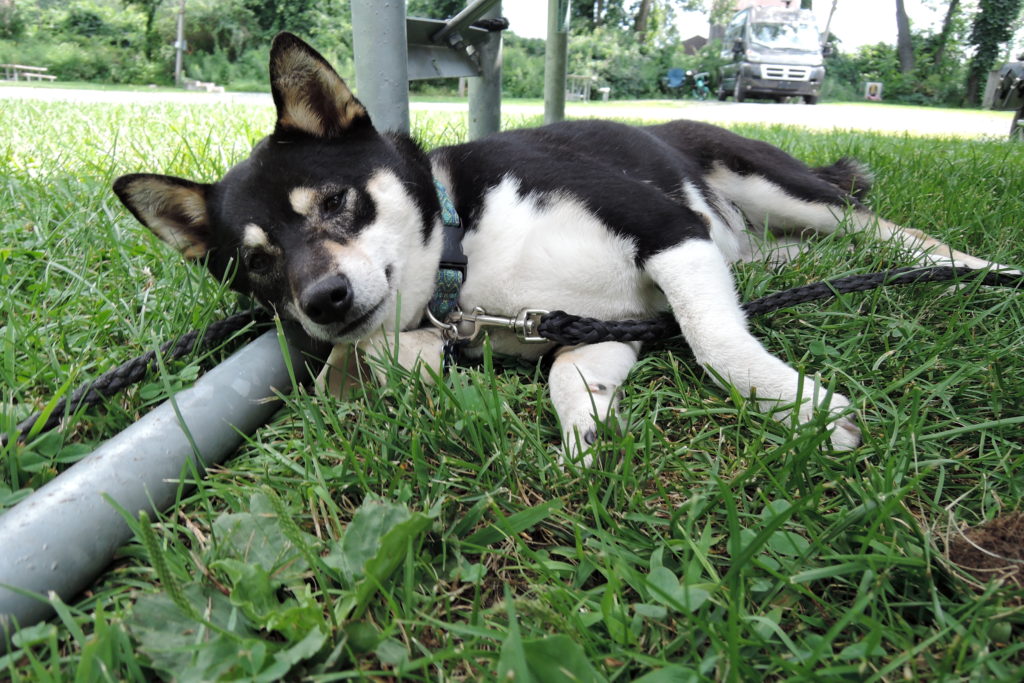 Back Home in Rutland Vermont