Home TN On The Rodeo
TN 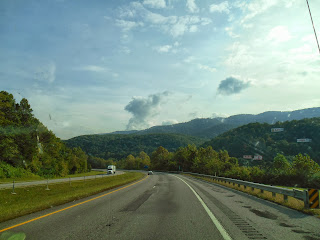 Having a motorhome means…get this…you’re motoring a lot. On the road and traveling the wilds of America’s interstate system, where anything can happen.

Alert Readers will recall that less than a week ago we spent the better part of a day parked on I-71 while highly trained authorities and expert contractors spread a truckload of molten fat across the highway and had a giant weenie roast as the gooey stuff burned for more than 11 hours.

They had a really great time, said they would do it again real soon, and the Kentucky State Police even invited travelers to join in the fun by keeping the highway open. We went along because, geez, how often do you get to see 44,000 lbs. of Crisco go up in flames, and besides there weren’t any warnings that we’d be stuck in a colossal tailgate party for the rest of the day.

Out here in Tennessee, authorities don’t have the same partying spirit. They actually closed the highway and diverted traffic from the scene of a huge wreck.

From the midst of the Smokey Mountains we saw a black plume rising, and it didn’t seem like the kind of picturesque vapor that would usually draw tourists. Sure enough, there were yellow flashing signs, red traffic cones, and serious-looking cops waving us off the interstate.

It was supper time, we hadn’t had a snack in a good 20 minutes, so we pulled into a campground on the detour road and tucked in for the night. And we watched an account of the accident scene on the national news. If it had been Kentucky, we could have seen it live. 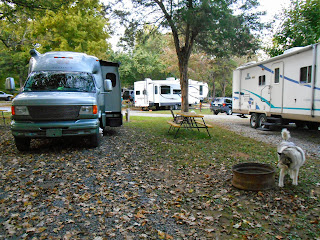