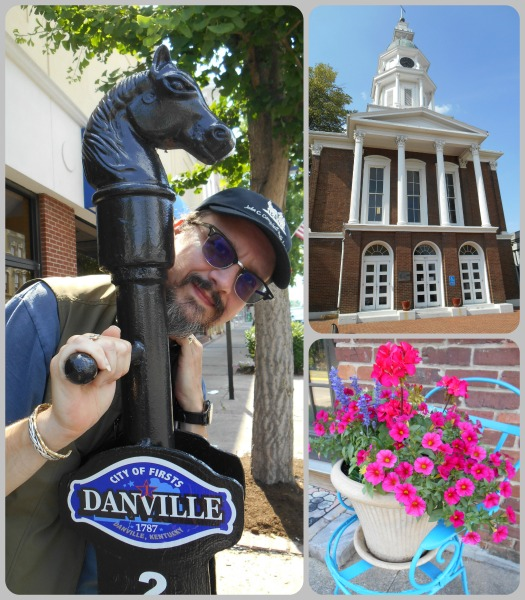 This is our summer for short regional trips. And we’ve found some delightful places quite close to home that are worthy of a visit.

Danville, Kentucky is steeped in old-timey history. It’s the site of an early pioneer settlement, back when Daniel Boone was traipsing about Indian Territory trying to tame the wilderness. The Shawnee Indians weren’t too pleased with this encroachment on their traditional hunting grounds, and many a bloody battle was fought with the white settlers until at last, outnumbered and outgunned, the tribes retreated.

Early Danville residents then settled down to the important business of carving a town from the wild and wooly frontier, and here we find the First Post Office West of the Alleghenies, the log cabin courthouse where the Kentucky Constitution was written with quill and ink, and the pioneering efforts of Dr. Ephraim McDowell who performed the first successful abdominal surgery on Mrs. Jane Todd Crawford to remove a 22 lb. tumor – without the benefit of anesthesia! Legend has it that Mrs. Crawford rode a donkey some 60 miles to the doctor’s office and sang hymns throughout the procedure to steady her nerves. I suspect quite a lot of whiskey was also involved, although Dr. McDowell did not mention that particular detail in his meticulous report. 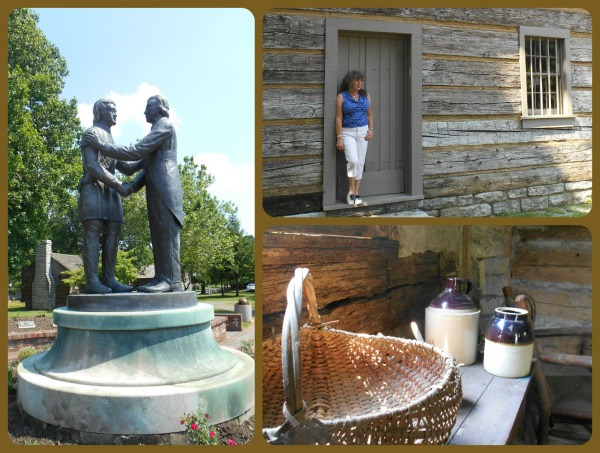 Fast forward to the post-war boom of the 1950’s when Danville was fairly humming with promise and prosperity, and we find the industrious Mr. Eben Hensen building his eccentric dream.

Mr. Hensen was a trained thespian, having studied drama in NYC with other notables like Tony Curtis, Bea Arthur, and Harry Belefonte. He brought his considerable talents and connections back to Central Kentucky to create a summer stock theater in the middle of nowhere. The Pioneer Playhouse was built, piece by piece, with materials scavenged from historic property demolitions during a time when the mantra of the country was out with the old, in with the new. The large campus of buildings was constructed from hand-hewn beams from the old town hall, lumber and street lamps from the train depot, and any other materials Hensen could find. He even salvaged the old firehouse bell and chairs from a local barbershop. 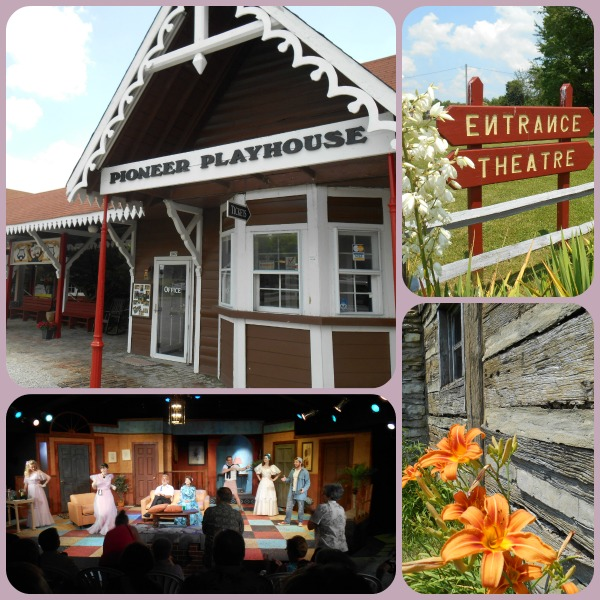 Today, celebrating its 66th year, the Pioneer Playhouse is still run by the Hensen family, and entertains enthusiastic crowds all summer long with a varied schedule of performances. We saw the premiere of Lewis Black’s new comedy, One Slight Hitch, under the stars in the open-air theater. A buffet dinner of BBQ and homemade pickles was served before the show in a comely courtyard where Charlotte Hensen (wife of Eben, the founder) strummed a guitar and recounted the history of her family’s long adventure with the performing arts.

Camping is available at the Pioneer Playhouse, which gave us a good excuse to spend a couple of days touring Danville’s lively downtown area. Nearby Centre College keeps the town hopping with coffee and beer joints, and Constitution Park offers a lesson in the history of the area with multiple museums and preserved buildings.

We sure enjoy finding local gems like the Pioneer Playhouse in Danville, and we’ll be searching for our next charming adventure soon!