Recreation of the Mind 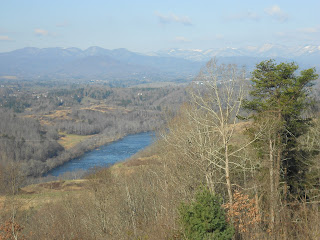 A clear and cold morning broke today – 22 degrees on the top of the mountain where we are parked. This is pushing the camping season a bit early, but we stayed warm and toasty inside with the furnace running.

We returned to the Biltmore Estate, this time for an outside tour of the grounds. Originally the property was 185,000 acres, but during the Depression the Vanderbilts sold the facing mountains to the US Government, under the stipulation the property would remain undeveloped. That land became the first National Forest east of the Mississippi. 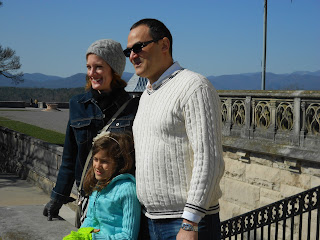 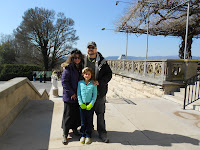 The Legacy of the Land bus tour was about two hours, and fascinating all the way. Our guide focused on Frederick Olmstead’s vision for the property which, 100 years later, is just now coming to fruition as the trees and landscape have finally matured. 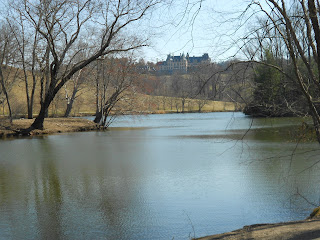 In the late 1800’s, when Vanderbilt purchased the land, it had been stripped bare for farming. Olmstead was contracted to develop the property, and he envisioned a bucolic setting with a variety of trees and shrubs, babbling brooks and ponds. He collected specimens from all over the world and workers replanted most of the 8000 acres we see on the estate today.

Olmstead designed parks all over the US, including Central Park in New York and Louisville’s series of urban parks. He considered himself a naturalist, and believed in the “unconscious recreation of the mind,” meaning that humans need to encounter nature to release the stress of working in an industrial world, else we are in peril of becoming beasts. And if we examine the ghettos and slums of our own day, we can see Olmstead was indeed right.

So the three mile entrance to the Biltmore was designed to immerse you in a natural setting, especially when traveled by horse and carriage which took about an hour. Then, around a tight corner, the estate home is revealed, with its expansive groomed grounds, fountains, and flower beds. Wow! 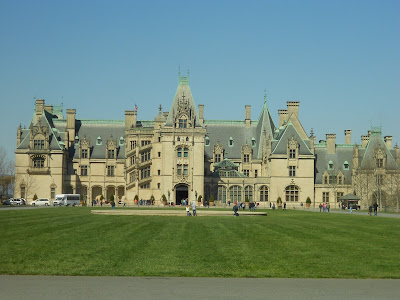 We lunched at the Biltmore Winery, shopped around a bit, and returned to the campground to enjoy the warm afternoon with tea and homemade chocolates complements of my Dad. 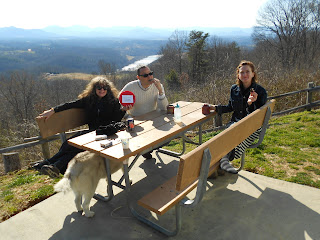