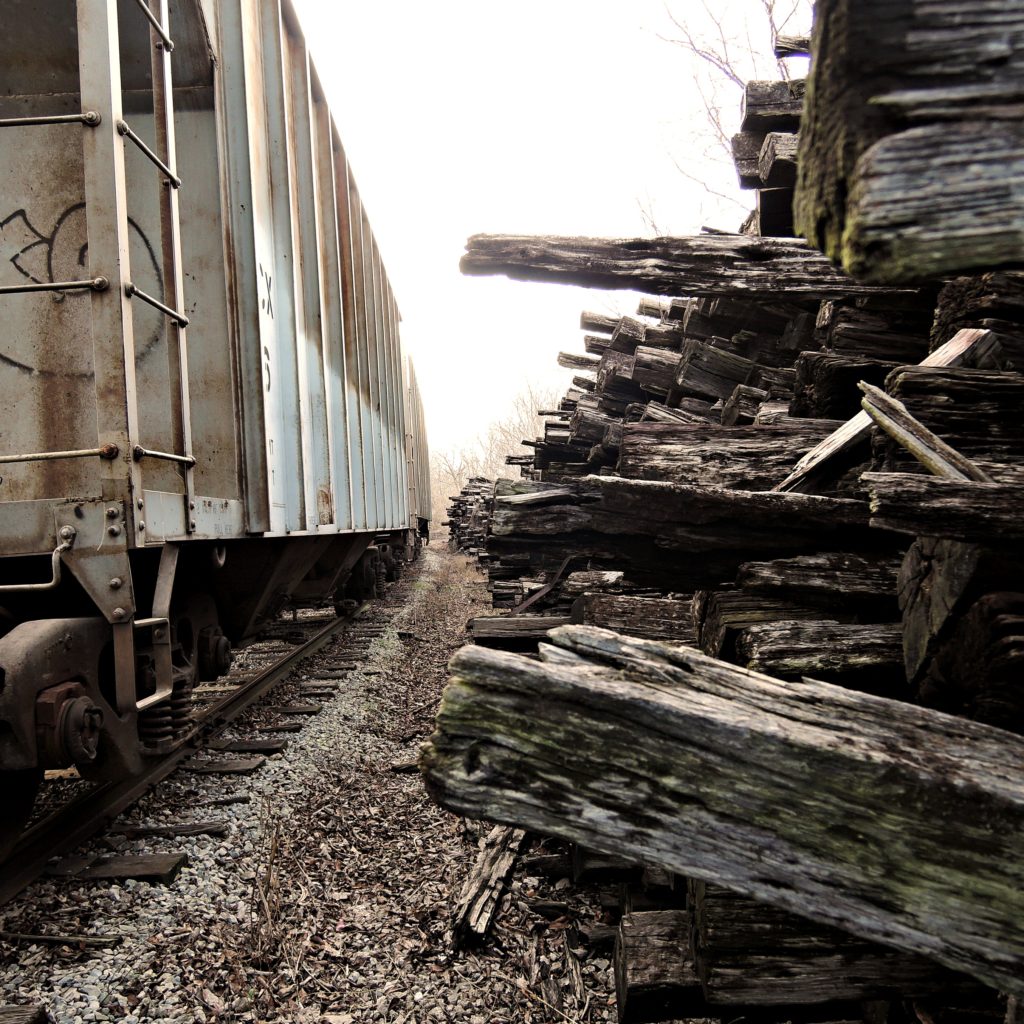 My train of thought always gets sidelined in January. This time of year, while the RV waits out the winter, I have plenty of time to ponder peculiar things. Such was the case as I walked the tracks in Gethsemane.

In railroad parlance a sideline is a “position removed from active participation.”

Which got me to thinking about Rural America and how whole towns have been “removed from participation.” They’ve simply disappeared. You might find a bit evidence at a crossroad. Perhaps a lone store or a tiny cluster of homes still remain, but not much else. And if you ask about the genesis of the place, folks are hard pressed to recall how it came to be. The town has been sidelined, along with any memories of it.

Yet along the Eastern Seaboard townships rarely diminish. They expand and grow into merged communities with indistinguishable boundaries, such that from a commuter train it looks like one continuous suburb from Boston to Philadelphia. Boroughs have endured for so long that even Ben Franklin could still find his way around.

So it still surprises me when I’m driving around in the country to find that a town has gone missing. All that survives is a small name on a map. And upon arriving at the spot, you’re startled to discover there’s nothing there at all.

The former town of Gethsemane is one such place. It once had bustling distilleries and permanent residents. But a hundred years later it’s reduced to a lonesome rail siding and a dangerous ford over Pottinger Creek. (A battered sign warns of flood and there are wood crosses on the bank for those who didn’t heed.)

We walked along Gethsemane’s old tracks and found a sideline of trains, long since “removed from active participation.” 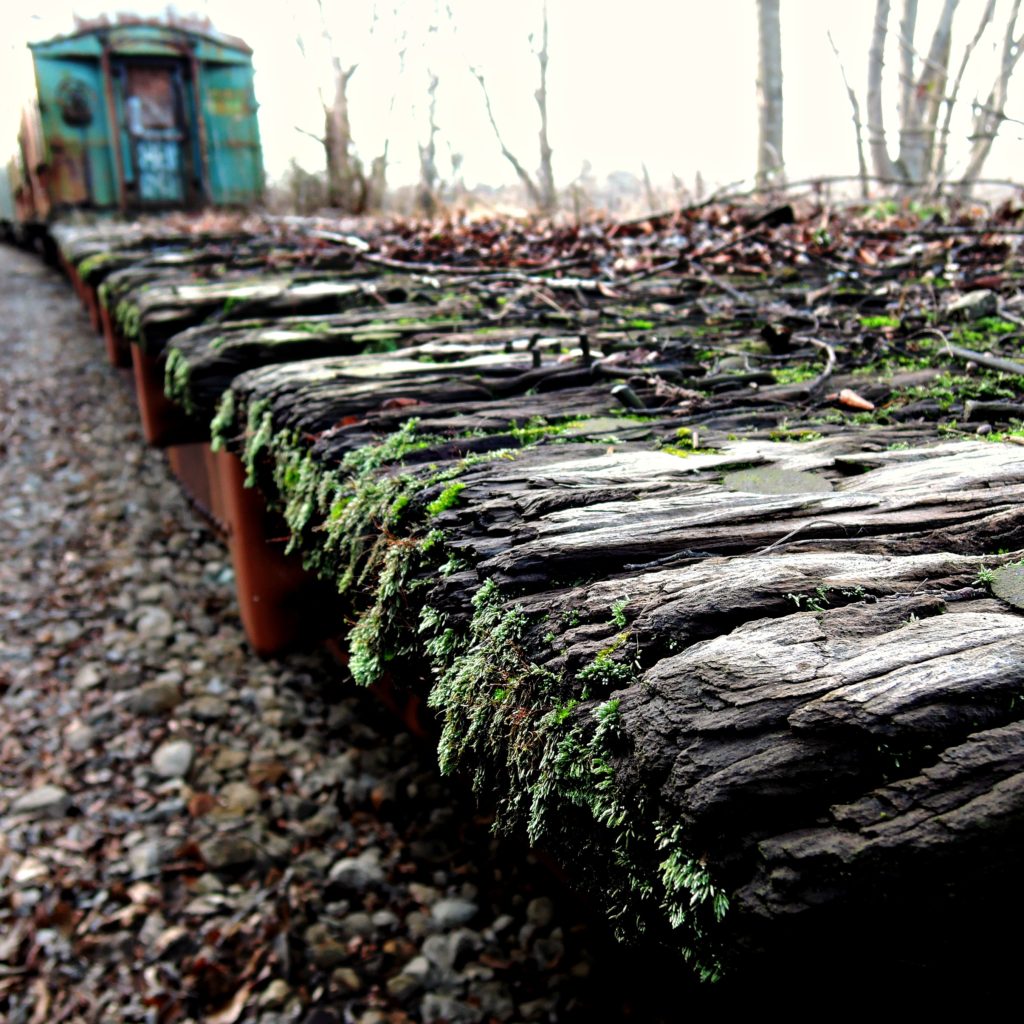 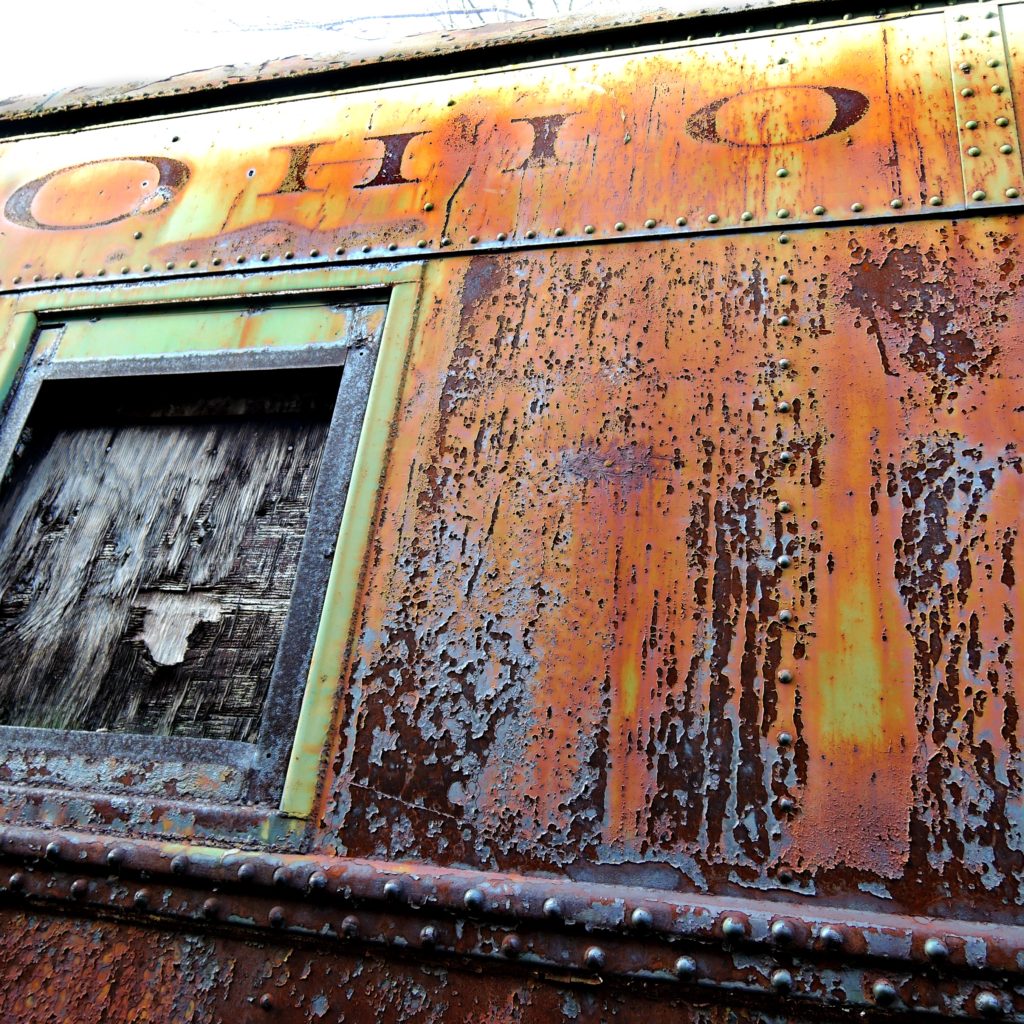 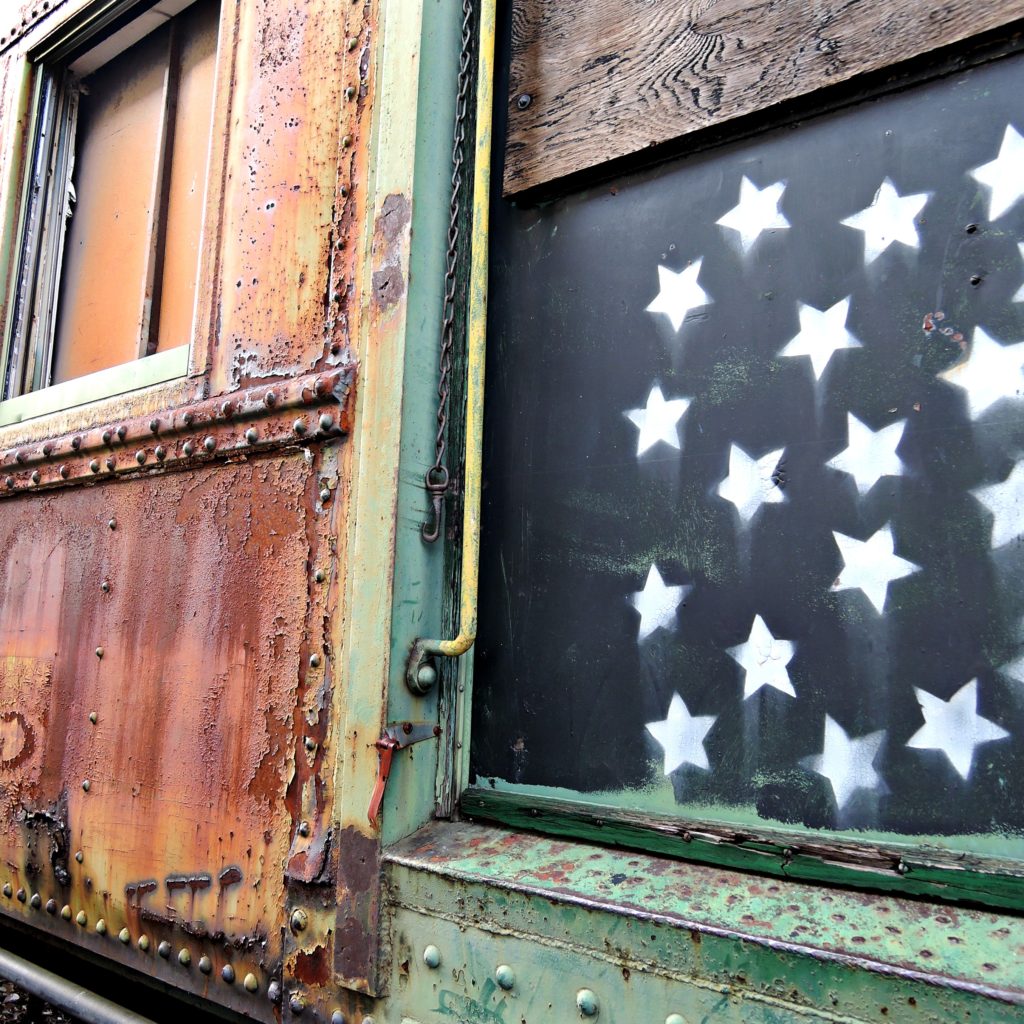 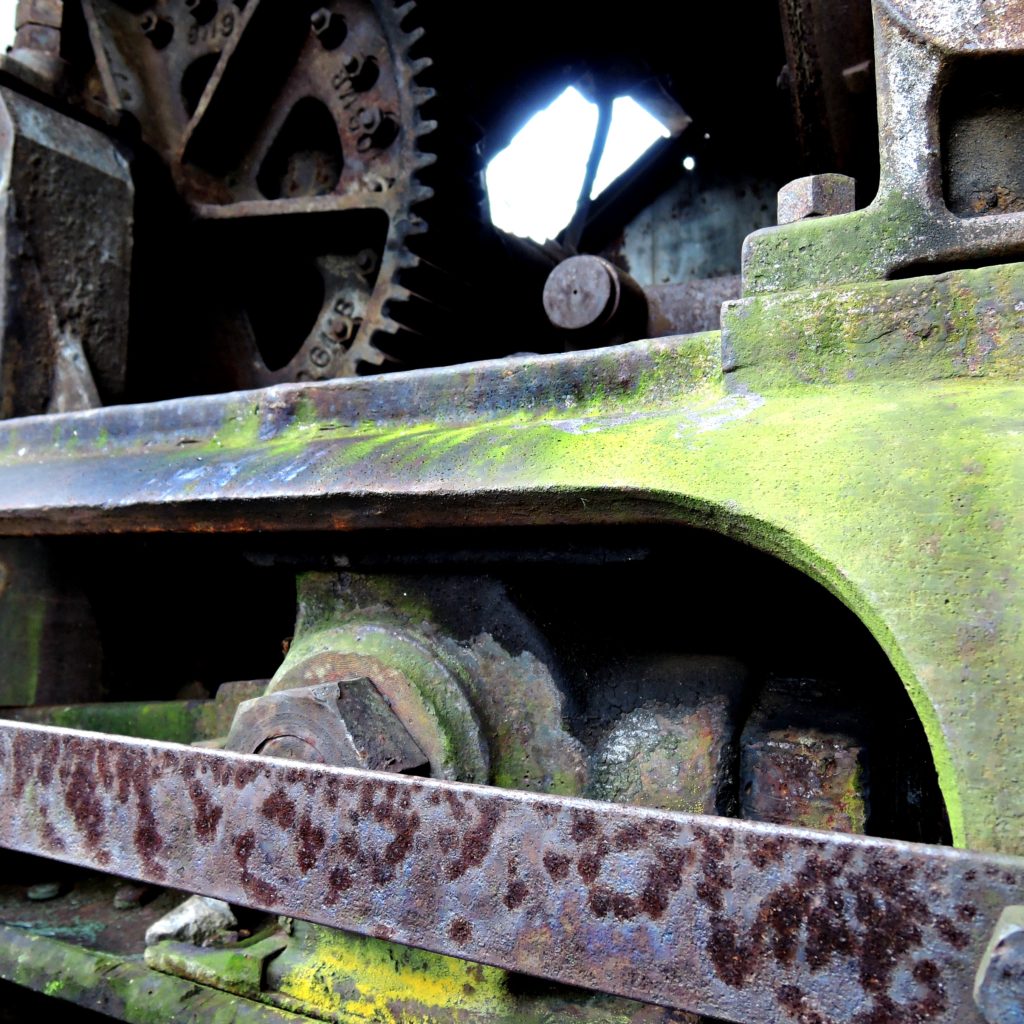 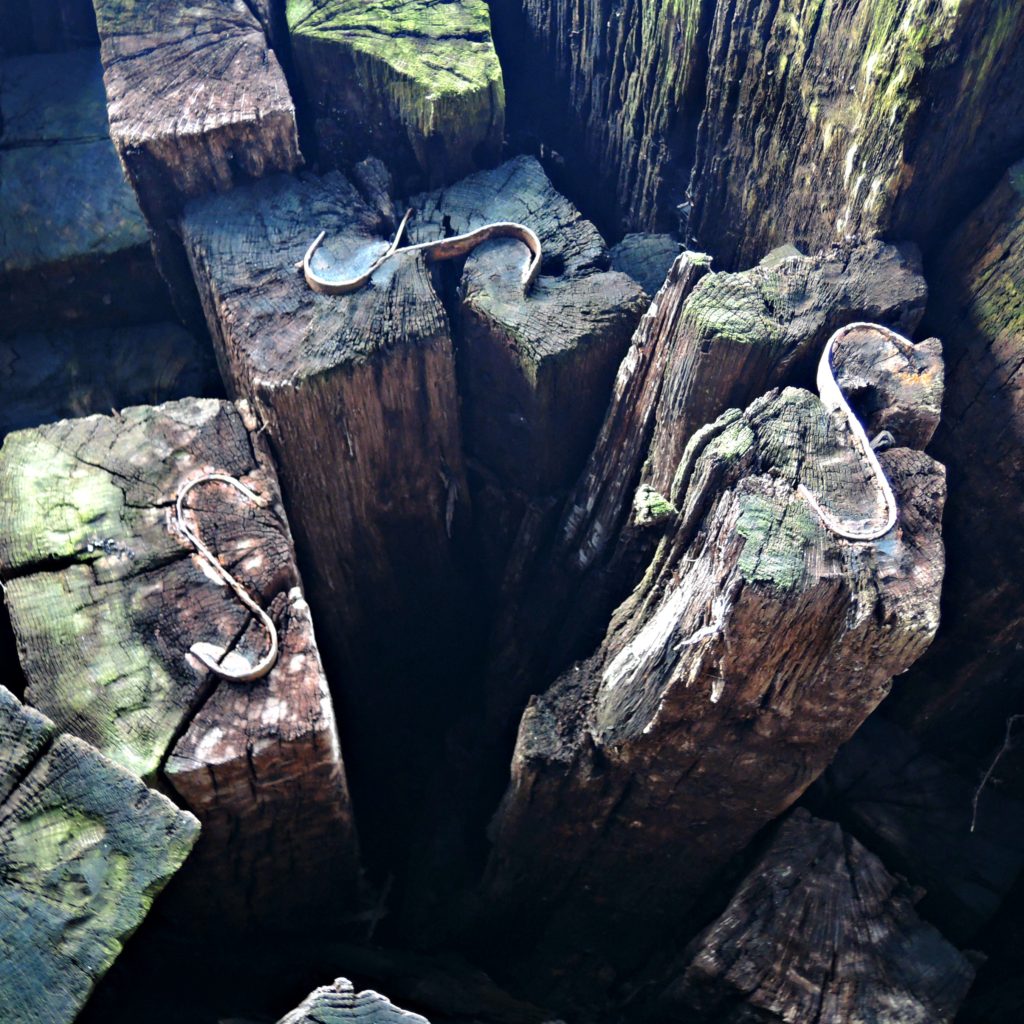 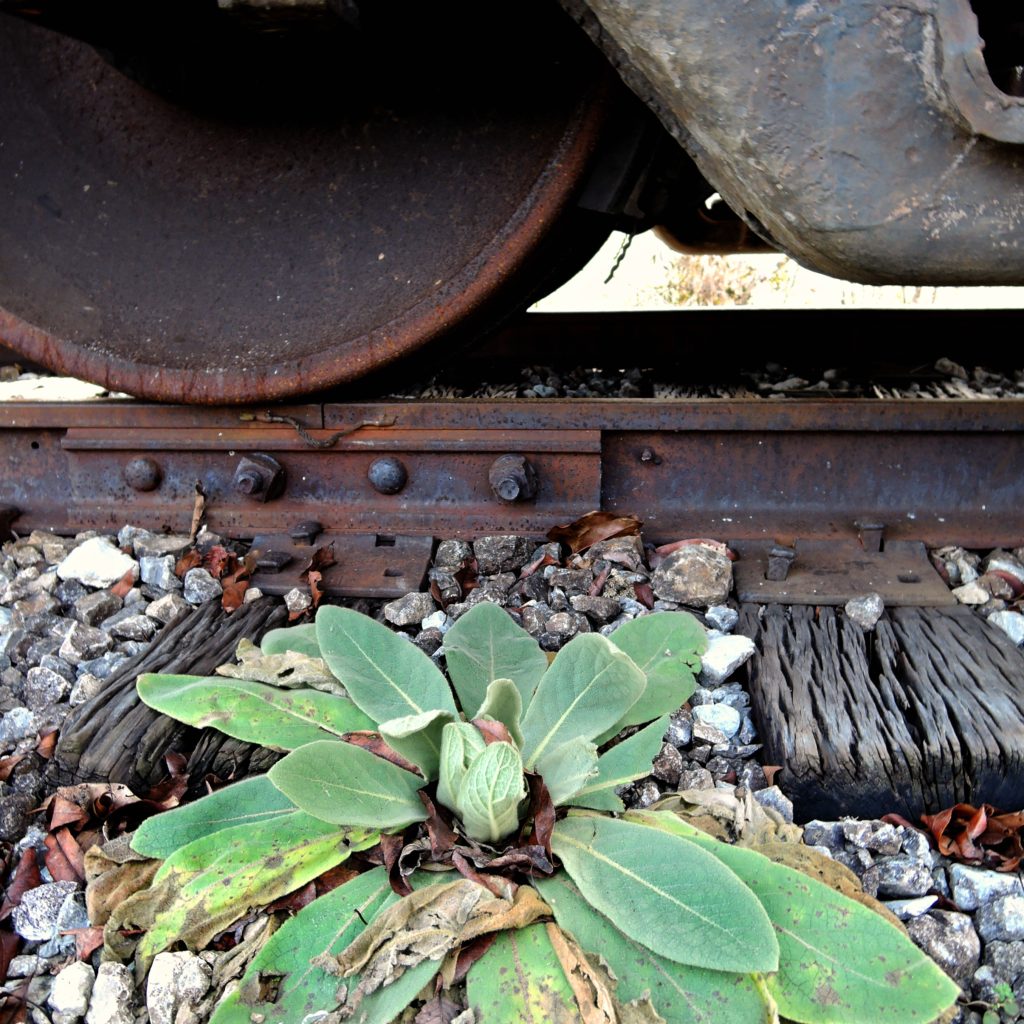 A Day in Hodgenville Kentucky

The rust orange on the Ohio cart looks awesome. I love your post.

I loved the rust too! It was especially spooky on a lonely railroad track.

I see verbascum thapsus in the last picture.