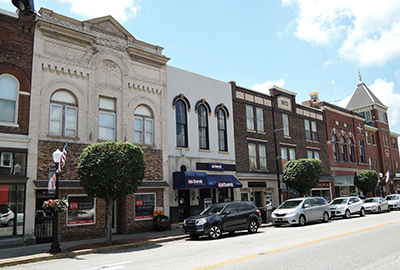 Kentucky has a record number of counties – 120 to be exact. That ranks us third in the nation. Just about every little town is its own county. Why all this local government? Blame it on the Revolutionary War.

Back in the 1770’s bounty warrants were a form of payment for military service. Essentially a land grant, the warrants gave soldiers parcels of land on the far western frontier of the Virginia colonies. You would be entitled to a big chunk of Kentucky land if you were a veteran of the French-Indian War, Revolutionary War, or Lord Dunmore’s War.

Wait – what was that last one? Lord Who?

Lord Dunmore was a British governor of Virginia who launched his militia against Shawnee and Mingo tribes that were harassing colonists along the Ohio River. In all fairness the Indians had good cause to be upset because the settlers broke a treaty which protected tribal hunting grounds. But Lord Dunmore didn’t see it that way, trounced the Indians, and the war ended in 1774 after the decisive Battle of Point Pleasant. Don’t feel bad, I hadn’t heard of Dunmore’s War either. 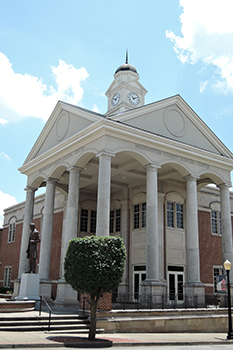 But let’s get back to Kentucky’s prolific count of counties. After ejecting the Indians and the British crown, all those Revolutionary War veterans began pouring into the new Commonwealth to build homesteads on their land grants. There was a law that dictated County Seats had to be within a day’s horseback ride from each other. But since the roads in Kentucky were so rough, just coarse trails through the wilderness, it took a long time to get anywhere. So every little burgeoning hamlet within a day’s ride became a county seat. And today you’ll find 120 Kentucky towns with a county courthouse in the center. 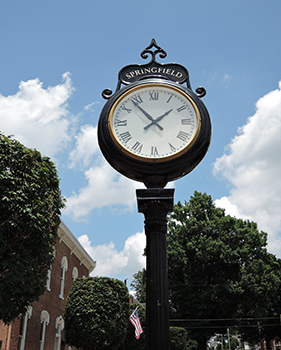 We visited Springfield, one of these many charming towns and the seat of Washington County. It’s a day’s horse ride from our farm, or just a quick half-hour by car. 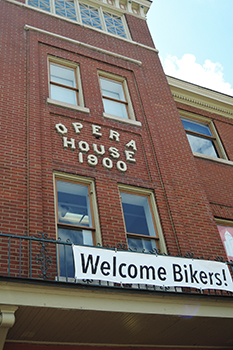 The Springfield Opera House was built in 1900 and currently hosts the Central Kentucky Theatre. It’s hard to tell what the original theater was like, there’s been so many changes to the building over the last 100+ years. 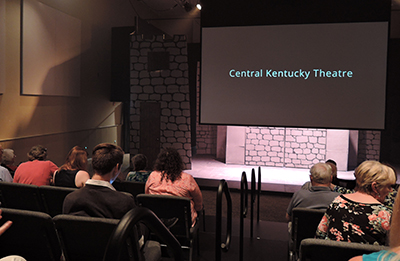 Today’s Opera House is a small community theater on the upper floor. It has limited seating but is nicely air-conditioned and well-attended. There was a full house for the final performance of Spamalot – Monty Python’s rowdy comedy. 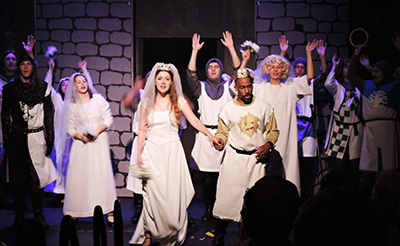 We enjoyed our day in Springfield and plan to ride out there again. After the horse has rested. 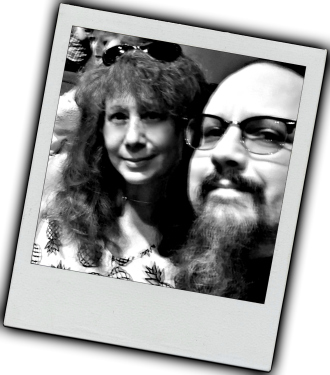 Very good photos and very interesting story, i see that you have a reporters soul, or a photojournalist talent, keep up the reporting.
Thanks
Juan

Thanks, Juan! That means a lot to me!